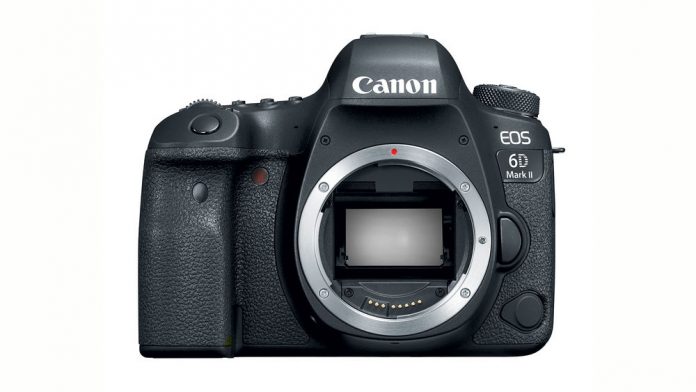 Canon is set to release an updated version of their EOS 6D camera in the form of the EOS 6D Mark II along with a new edition to their Rebel line, the Rebel SL2, an enhanced version of their Rebel SL1. The two new DSLRs, are marketed at the budding photographer and first time DSLR users, respectively. Both scheduled to be available in late July 2017 with prices set at 1,999 dollars (body only) for the 6D Mark II and 550 dollars (body only) for the Rebel SL2.

The EOS 6D Mark II, marketed as the higher end, more professional camera, boasts 26.2 megapixels — about six megapixels higher than its predecessor. It maintains the 35mm full-frame CMOS sensor of the 6D, but Canon claims it should have a higher quality image, shooting in Full HD 60p. It will also feature a 45-point autofocus system and a continuous shooting speed of approximately 6.5 frames per second.

The 6D Mark II has a DIGIC 7 Image processor with an ISO range from 100 to 40,000. It is Canon EF lens compatible, excluding EF-S and EF-M lenses. The new Mark II is 5 grams lighter including batteries and has a similarly sized body, just shy of the original 6D. The most noticeable physical difference between the 6D and the 6D Mark II is the inclusion of an articulating LCD screen, allowing for shots to be taken from increasingly diverse angles, including selfie mode.

The camera itself will have built-in Wi-Fi, Bluetooth and GPS technology, as well as be water and dust-resistant. Canon states the EOS 6D Mark II “is ideal for budding photographers looking to take their creative DSLR photography skills to the next level by shooting with a Full-frame CMOS sensor”.

Canon’s new Rebel SL2 will feature enhancements over its predecessor, the SL1, that Canon hopes will benefit first time DSLR users. The SL2 has a 24.2 Megapixel CMOS (APS-C) Sensor, a 6 megapixel jump from the SL1. It shoots in Full HD 60p and includes an external microphone input. Like the 6D Mark II, the Rebel SL2 also features a DIGIC 7 Image Processor; however, it has a smaller ISO range of 100 to 25,600. It will feature a 9-point autofocus system and has an autofocus speed of 0.03 seconds.

This camera is EF lens compatible, including EF-S lenses, but excluding EF-M lenses. It too will get the upgrade of articulating LCD screen and have built in Wi-Fi, NFC and Bluetooth technology. Canon believes that the Rebel SL2 “allows users to get creative when capturing their special family moments or travel experiences,” and they market it as such.

Unfortunately neither camera will record 4K video. Both are planned to be available in July, 2017.