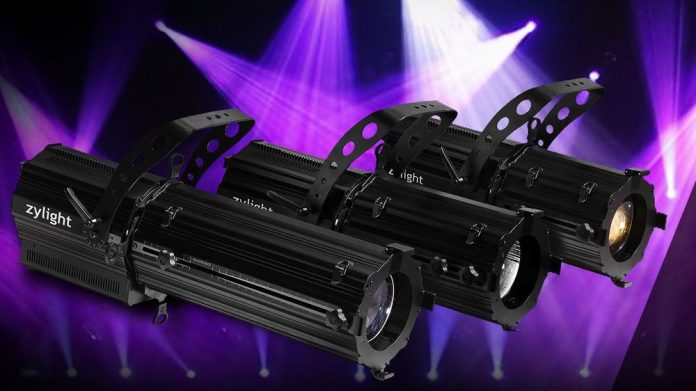 Zylight has announced that they will be releasing a new line of LED zoom ellipsoidals under the line name: Pro-Zoom.

Developers at Zylight say that they have designed these new LED lights as “high-powered spot or gobo projector for television stages, broadcast news studios, and live theatre” and will offer a choice of zoom lenses.

“Zylight’s new Pro-Zoom LED spotlight is a great choice for lighting professionals who need focusing flexibility in an LED solution,” said Joe Arnao, president of Zylight. “Different scenes have different spotlight requirements, so we’ve built the Pro-Zoom line to include a choice of zoom lenses at a price point below fixed focal length fixtures.”

Zylight'sPro-Zoom fixtures will be available in tungsten (3200K) or daylight (5600K), have a double condenser optical system and “precise gobo projection.”

“Pro-Zoom stays cool during operation, so delicate materials such as acetate films can be used to create low-cost, customized color gobos using an inkjet or laser printer,” says Zylight.

Pricing is set at $1,899 and the line will become available this summer.