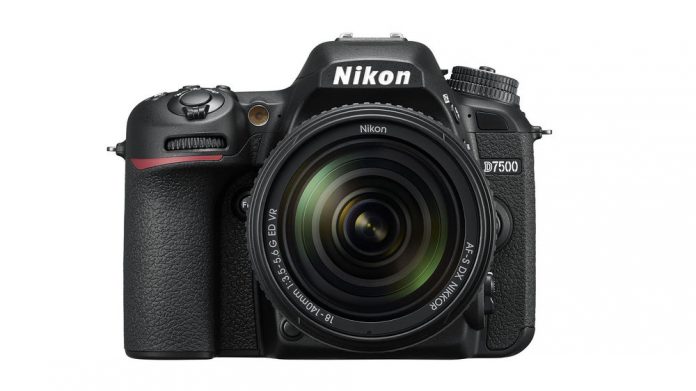 With DSLR and mirrorless video production more common than ever, photo camera heavyweights like Nikon have been repeatedly criticized for failing to keep up with the likes of Sony and Panasonic when it comes to outfitting new models with video features. That’s why today’s announcement of the new Nikon D7500 came as a pleasant surprise.
Though it’s clear Nikon is still catering most directly to photographers, features like 4K UHD video recording, separate headphone and mic jacks and zebra stripes for monitoring exposure make the D7500 a more-than-viable option for video-focused producers.
A price point at around 1,250 dollars only adds to that appeal.
http://youtu.be/nGUuZVTTIgw
The D7500 uses a 20.9 megapixel DX format sensor to capture 4K UHD video at up to 30 frames per second or 1080 HD at up to 60 frames per second with an ISO range of 100-51,200. The 23.5mm x 15.6mm DX sensor give a 1.5x crop factor, increasing to 2.2x in 4K. The camera is also capable of continuous still image shooting at speeds up to 8 frames per second. Nikon promises image quality and processing to rival the award-winning Nikon D500.
Other features that make the D7500 appealing to video shooters is the camera’s 3-axis built-in e-VR image stabilization and the ability to output simultaneously to both the internal SD card and uncompressed 4:2:2 and 4K via HDMI. The camera also supports power aperture for smooth exposure and depth of field control.[image:blog_post:63865]
The Nikon D7500 features a 3.2-inch tilting touch-sensitive display and accepts SD, SDHC or SDXC cards. It also sports built-in Wi-Fi and Bluetooth for connecting to the camera via the Nikon SnapBridge App.
Nikon expects the D7500 to start shipping in summer of 2017 at a price of 1,250 dollars for the body only, or 1,750 dollars with the AF-S DX NIKKOR|E 18-140mm f/3.5-5.6G ED VR. For more information, visit www.nikonusa.com.