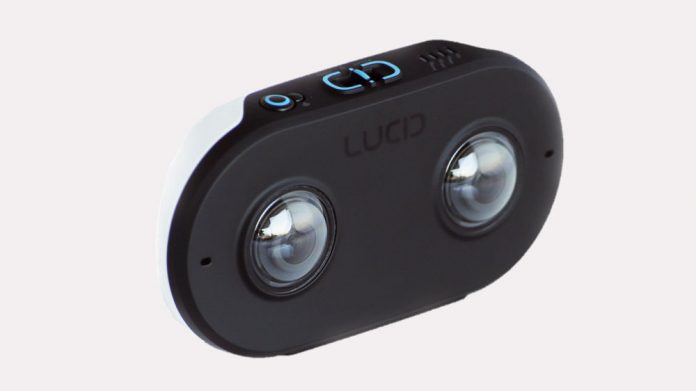 Lucid VR announced at NAB that they will be the world's first true 3D reality camera for 4K 3D VR live production, offering its users an “enhanced user experience, resolution and frame rates equipped for underwater and livestream” through the LucidCam.

Lucid VR says that the LucidCam will allow users to “easily capture two 4K overlapping spheres to create depth, and broadcast it through HDM or Wi-FI to any phone or VR headset.”

“Our goal is to transform the way we create content live and share experiences with people around the world,” said Han Jin, CEO, Lucid VR. “LucidCam is the first and only 4K 3D VR live production camera. It’s versatile enough to mount on a tripod or fit into your pocket. You can livestream to your phone or VR headset in seconds so people feel like they are there with you. More importantly, because it is very compact, it is mountable so in a sports game, for example, you can even place it above the basket or behind the goal or fly it on a drone to get amazing footage that people have never experienced before. LucidCam allows you to scale your 3D VR broadcasting projects from one to fifty angles, so you can keep your viewers interested and show the game flow of an exciting sports match.”

Accessories sold separately will include a waterproof case for underwater filming up to 12 meters in depth and a mobile phone clip to leverage your phone as viewfinder at the back of a LucidCam.