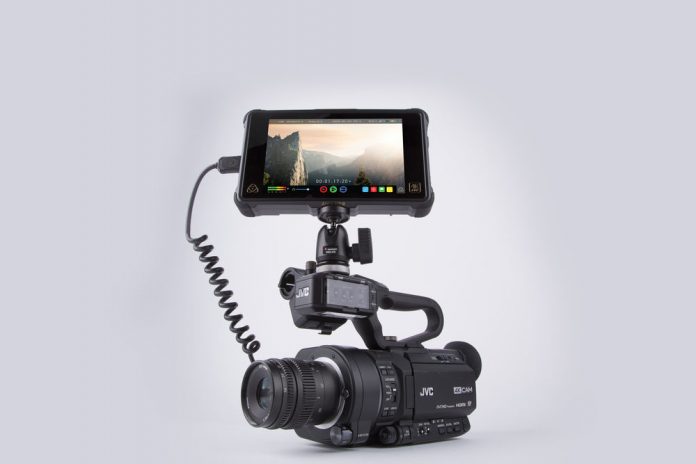 JVC Professional has announced that they will be releasing a firmware upgrade for their GY-LS300CH AKCAM Super 35 handheld camcorder. The upgrade will increase the camera’s color resolution to 4:2:2 in 4K mode recording and also expand its Ultra HD output to include 60/50p.

On the topic of operation of the GY-LS300CH with Atomos’ recorders, JVC said that “the GY-LS300CH will operate seamlessly with the new Ninja Inferno and Shogun Inferno monitor recorders, triggering recording from the camera’s start/stop operation. Plus, when the camera is set to J-Log1 gamma recording mode, the Atomos units will record the HDR footage and display it on their integrated, seven-inch monitors.”

“The upgrades included in our Version 4.0 firmware provide performance enhancements for high raster recording and IP remote capability in 4K, adding even more content creation flexibility to the GY-LS300CH,” said product marketing manager Craig Yanagi in a press release. “Seamless integration with the new Ninja Inferno will help deliver 60p to our customers and allow them to produce outstanding footage for a variety of 4K and UHD productions.”

JVC has said that the Version 4.0 firmware upgrade will be free of charge for all current GY-LS300CH owners and will be available in late May 2017.

To get more info about JVC’s GY-LS300CH camcorder, visit pro.jvc.com.