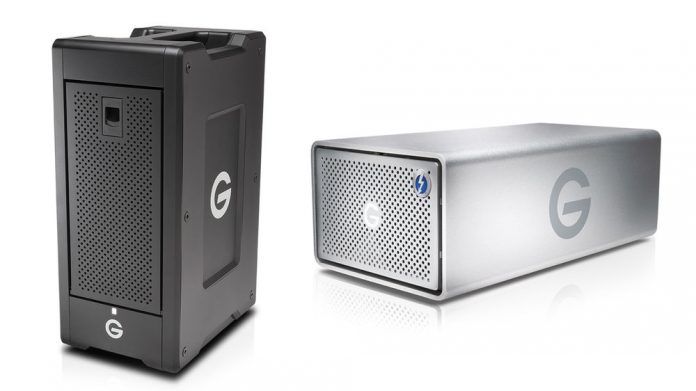 Western Digital says that these upgrades will optimize the speed and performance of their drives.

“G-Technology recognizes the need for a complete workflow solution that takes advantage of the power of Thunderbolt 3 and USB-C,” said Sven Rathjen, vice president of marketing, Client Solutions, Western Digital. “The result is a substantial upgrade across several product lines that delivers reliable, fast, and easy-to-use storage solutions to fit the current and future needs of our customers.”

Western Digital says the G-DRIVE with Thunderbolt 3 will offer high performance storage by featuring dual Thunderbolt 3 ports and a USB-C port, while having capacities up to 12TB hard drive storage. Western Digital also says that users “can conveniently daisy chain up to five additional devices, allowing them to keep connected to multiple drives and quickly move HD videos and 4K footage through a single connection.” The 10TB version of the G-Drive with Thunderbolt 3 is available now and a 12TB version will be released next quarter for $799.

The G-Speed Shuttle XL with Thunderbolt 3 looks to handle demanding multi-steam workflows of 4K and higher by offering hardware RAID 0, 1, 5, 6, 10, and 59 configurations in an 8-bay transportable solution with transfer rates of up to 200MB/s. G-SPEED Shuttle XL with Thunderbolt 3 up to 80TB will be available June and a 96TB version will be available next quarter for $10,199.

Western Digital says that the integrated ev Series bay adapters will “improve workflow options and productivity by enabling cross-functionality with all ev Series … with fast transfer rates up to 1500MB/s”. It will be available next quarter with up to 72TB for $7,799.