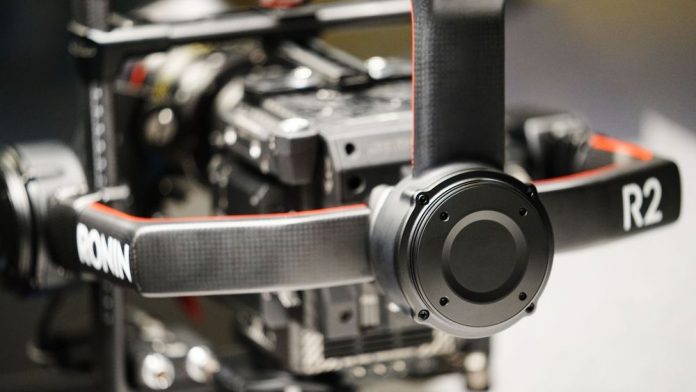 DJI says that the Ronin 2 has been designed with more power, allowing it to carry larger cameras, and has been made with many new features that will allow for more versatility and unprecedented camera moves than with the Ronin.

“Ronin 2 dramatically improves every aspect of the camera operating experience and is the best stabilizer we have ever made,” said Paul Pan, DJI Senior Product Manager. “Completely redesigned to meet the needs of today’s camera professionals, Ronin 2 makes it easier than ever to capture stunning cinematic footage under the widest variety of situations.”

The Ronin 2 wil have a number of new features:

DJI says that the Ronin 2 will offer strength that will give much more freedom to filmmakers when choosing which camera to film with. The Ronin 2 has been designed with an enlarged camera cage and 50mm extendable arms, in hopes allowing support for heavier DSLR cameras and full cinematic cameras. DJI’s Ronin 2 will have gimbal motors that are able to handle up to 30 pounds in weight.

Designed with a new detachable Grip, the Ronin 2 looks to provide custom stabilization to a full range of camera mounts. DJI says “the quick release mount makes it easy to transfer seamlessly from one scene to the next, giving filmmakers new freedom to explore every perspective with stability and control.”

DJI believes that the Ronin’s new axis locking levers and fine tuning knobs will allow for faster and more precise balancing. “Every detail of Ronin 3 has been improved for quick setup and easy operation,” says DJI. Having integrated a new touch screen with 1,000 nits of brightness, DJI wants professionals to be able to directly configure gimbal settings for on-the-fly adjustments and have full control of mount RED cameras.

The Ronin 2 could offer users with both durability and lightness with its redesigned carbon fiber monocoque style frame, with a new fold-away feet and a splash-proof enclosed motor design.

The Ronin 2 will be available in the second quarter of 2017. Pricing hasn’t been released yet, but it will be announced prior to the Ronin 2's release.

To find out more about the Ronin 2, visit dji.com.