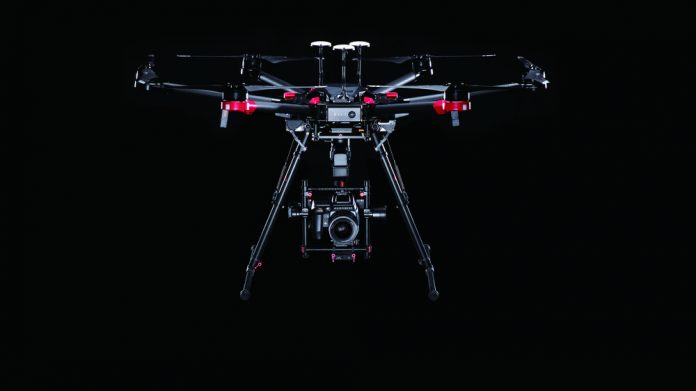 On April 25, EJI and Hasselblad announced their collaboration that will bring together the DJI M600 Pro Drone, the Ronin-MX Gimbal and the Hasselblad H6D-100c Camera in the aerial photography market.

Here is a quick rundown of the three products involved in this DJI-Hasselblad collaboration:

DJI has described the M600 Pro as “an advanced and adaptable six-rotor flight platform equipped with the powerful Lightbridge 2 transmission system, a dustproof propulsion system and six Intelligent Flight Batteries.”

The M600 Pro has the option of being guided by the D-RTK GNSS navigation system, which DJI says has a resistance to strong magnetic interference.

The Hasselblad H6D-100c is built with a large 53.4 mm x 40.0 mm sensor that DJI says “offers outstanding detail, color reproduction and tonal range even in poor lighting conditions use the HC and HCD lens family.”

The H6D-100c camera is mounted to the drone through the Ronin-MX three-axis stabilized gimbal. DJI says the gimbal uses “powerful motors and inertial measurement units to resist high G-forces,” which should allow for maintained stability.

DJI says the M600/Ronin-MX/H6D-100c platform will be released in the third quarter of 2017, with the price yet to be announced.