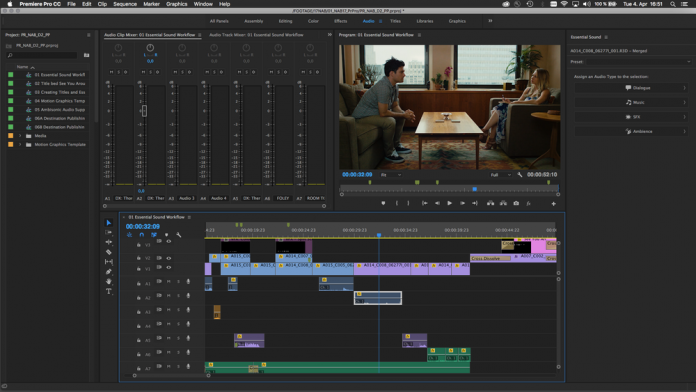 “Our heritage is taking complex challenges and simplifying them so you can concentrate on storytelling and professional, quality work,” said Steven Warner, vice president of digital media at Adobe. “The newest Creative Cloud video release integrates the advanced science of Adobe Sensei to make common tasks faster and easier. All video producers — whether they’re part of the major media companies or up and coming YouTubers — can now bring their creative vision to life without having to be motion graphics or audio experts.”

Here are some of the new updates that Adobe has added to the Creative Cloud:

Adobe now offers camera shake deblur in After Effects CC. This feature looks to reduce unwanted motion blur in video footage by analyzing frames and using optical flow technology to apply sharpness to the blurred frames. Adobe says that “when combined with the Warp Stabilizer VFX, the new effect salvages otherwise unusable shots due to camera bumps or undesirable motion blur that can remain when using stabilization tool.”

Adobe will give NAB attendees a closer look at their new update during this year’s NAB. The new features for the Adobe Creative Cloud are available now with the latest version of CC 2017, pricing at $49.99 a month. For more information, visit adobe.com.