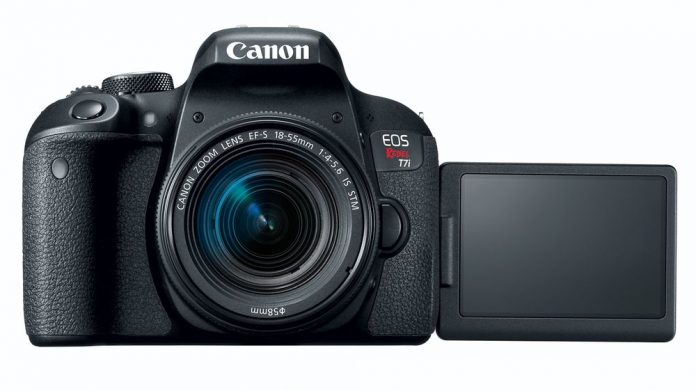 Canon has just announced that they will be adding two new DSLR cameras, the EOS Rebel T7i and the EOS 77D, to their EOS system. After listening public feedback, Canon has designed their two new cameras to satisfy both beginning and advanced enthusiast photographers and videographers.

“In what marks the 30th year since the introduction of the Canon EOS System, the announcement today of these two new DSLR cameras exhibits Canon’s commitment to providing our customers with the tools they need to grow their passion for capturing the best possible pictures of the moments in time that mean the most to them, or inspire them to one day shoot professionally,” said Yuichi Ishizuka, president and COO, Canon U.S.A.

Aside from the common features, the EOS Rebel T7i and the EOS 77D share a few new key features, such as having an optical viewfinder with a 45-point All Cross-type AF system. Canon has also manufactured their new cameras with the world’s fastest AF focusing of 0.03 seconds when they use their Dual Pixel CMOS AF feature in live mode. The cameras will also have built-in WI-FI and Bluetooth for image transferring.

Though Canon has designed the EOS Rebel T7i and the EOS 77D with similarities, they definitely have differences that set them apart.

The Canon EOS Rebel T7i will be the first camera in Canon’s Rebel series to have a 45-point, all cross-type AF system in the Optical Viewfinder, Dual Pixel CMOS AF with Phase-detection, and a DIGIC 7 Image Processor. This camera was conceived for entry-level photographers. With that in mind, Canon designed the EOS Rebel T7i to allow users to see on their camera screens how switching modes or changing settings will alter a picture even before its taken. For example, the EOS Rebel T71 will shows its user what his or her picture will look like if the camera is set to a shallower depth-of-field.

The Canon EOS 77D camera has been described as the ideal next step for advanced enthusiast shooters who want to extend their knowledge and experience with DSLR cameras. The camera will have features such as a 7650-pixel RGB+IR Metering Sensor and a Anti-Flicker shooting mode meant to help prevent the on-and-off flickering caused by artificial lights. It will also have a top LCD panel and a quick control dial that allows for quick and easy access for setting changes.