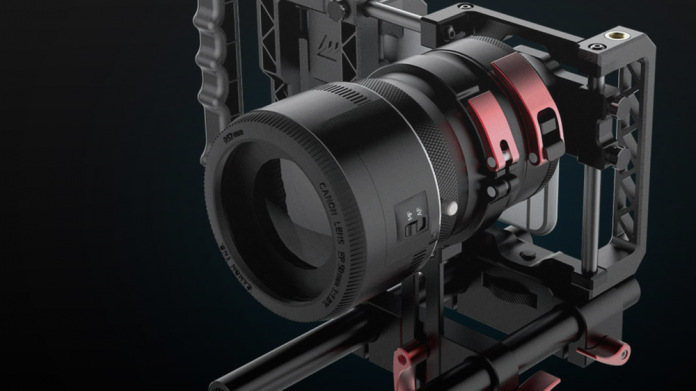 Beastgrip has announced that they will be launching a campaign on Kickstarter to fund an updated version of their current depth of field adaptors designed to enhance the quality of videos and pictures shot on smartphones.

Having been publicly funded back in 2013, Beastgrip have dedicated themselves to designing gear that will allow photographers and filmmakers to make professional level content on their smartphones. They were able to accomplish just that after running a successful Kickstarter campaign a few years back to fund their current depth of field adapters. Now, they look to do even more with the new DOF Adapter Mark 2.

“In case you're not familiar with the original Beastgrip DOF (depth of field) Adapter and the technology behind it, it's a special piece of gear that allows you to attach SLR or DSLR lenses to your smartphone to create a beautiful, cinematic depth of field effect that you have to see to believe,” says Beastgrip.

Techcrunch.com reports that the number of lenses one can use with the DOF Adapter Mark 2 is very versatile, stating that “as long as the glass and mechanics are sound, it makes no difference if you use a 5 or 50 year old lens — it’ll look fantastic either way.”

Though specifics pertaining to the improvements the DOF Adapter Mark 2 will have over its predecessor haven’t been released yet, Beastgrip claims that their new DOF adapters will take “phoneography to the next level.”

“We're so proud of the amazing iPhone films that were shot with our current model of the DOF Adapter this past year … and we can't wait to see what all of you create with our new DOF Adapter Mk 2.”

Alex Chop, COO of Beastgrip, says that they haven’t released any specific details regarding the price of their new DOF adapters. “… but the Beastgrip itself is $140, and we expect the DOF adapter to be around $200 or so.” More information regarding the DOF Adapter Mark 2 is expected to be released when Beastgrip begins their Kickstarter campaign this spring. For updates, visit beastgrip.com.

Sean Berry is a full-time student at Butte Community College and an intern for Videomaker Magazine.