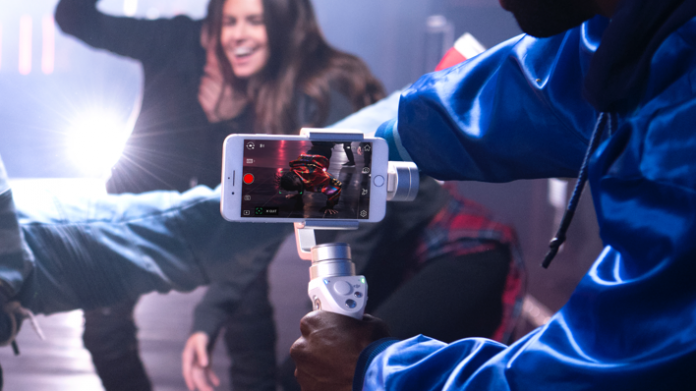 In anticipation of CES 2017 this week, DJI tuesday announced additions to their Osmo line, a new app and a special edition Phantom 4. DJI will also showcase two prototypes of their CrystalSky field monitor.

In the drone sphere, DJI cates to professional pilots with their new Ground Station Pro app for iPad. The app affords pilots more control over their DJI aircraft and autonomous flights with functions like 3D Map Area, which allows the aircraft to generate, follow and save an efficient flight path according to the pilot’s desired flight zone and camera parameters. The collected images can then be used to construct detailed 3D maps of the area.[image:blog_post:62817]
Other features include a Virtual Fence feature and the Tap and Go Waypoint feature, which enables hype-detailed flight planning of up to 99 waypoints with up to 15 consecutive actions each, such as aircraft rotation, gimbal pitch, start/stop recording and more.
The app is compatible with more DJI drones and cameras and is available now for free from the App Store.

Though no new DJI drone models have been announced thus far at CES 2017, the company did unveil a limited edition Phantom 4 honoring Chinese New Year and the Year of the Rooster. [image:blog_post:62815]
The Phantom 4 Chinese New Year Edition is adorned with art from illustrator and designer Martin Sati and features the phoenix — a symbol of good fortune and happiness — as the centerpiece of the design. It’s priced at $1,200 and will ship starting January 23, 2017.

Finally, DJI is also displaying two different prototypes of their new CrystalSky monitor. An alternative to monitoring flights with your mobile device, which can often be inconvenient, the CrystalSky monitor features an ultra-bright screen designed for outdoor use in bright environments. The monitor promises four times the brightness of the average mobile device, as well as clear, sharp details and vibrant colors. CrystalSky’s video decoding supports H.264 and H.265 and is optimized to minimize latency on real-time video. [image:blog_post:62816]
Additionally, an HDMI port allows 4K video to be output to first-person view (FPV) goggles among other displays, and the the embedded DJI GO app gives full access to all DJI GO features. A two-cell external battery will allow for longer operating times compared to similar mobile devices.
The CrystalSky Monitor will be available in two sizes with screens at 7.85 inches and 5.5 inches. Pricing and availability have yet to be announced.
For more information on these new releases from DJI, visit dji.com.