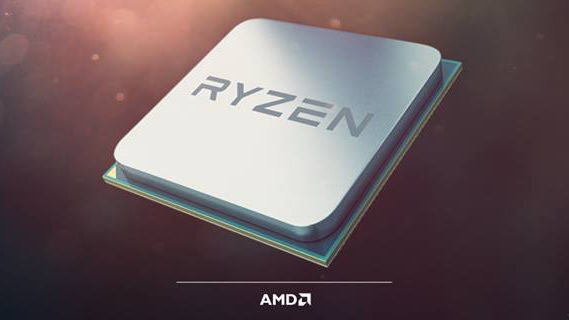 Congrats to the AMD Ryzen, taking home our Best CPU of CES award!
The new AMD Ryzen, announced in December of 2016, is a series of high performance desktop and notebook processors based on the Zen core architecture. Built into these processors is AMD’s SenseMI, which aims to meet the needs of demanding users through a set of sensing, adapting and learning technologies that work in conjunction with the processors advances in architectural, platform, efficiency and processing technologies.
"The 'Zen' core at the heart of our Ryzen processors is the result of focused execution and thousands of engineering hours designing and delivering a next-level experience for high-end PC and workstation users," said AMD President and CEO Dr. Lisa Su. "Ryzen processors with SenseMI technology represent the bold and determined spirit of innovation that drives everything we do at AMD."
The innovations of the Ryzen processor, particularly SenseMI, produces an increase in speed of greater than 40 percent, promising strong performance in creative, VR and gaming applications. SenseMI consists of five technologies, including Pure Power for smarter energy usage, Precision Boost for fine tuning and on-the-fly clock adjustments, Extended Frequency Range extending beyond the Precision Boost limits, Neural Net Prediction — an artificial network inside the processor that anticipated future decisions and pre-loads instructions — and Smart Prefetch to speed up data access.
At CES, AMD showcased 16 new high-performance AM4 motherboards from partner manufacturers, including ASRock, Biostar, Gigabyte and MSI. The new motherboards, as well as a collection of extreme performance PC designs, highlight the power of the new Ryzen processors.
For more information, visit amd.com.