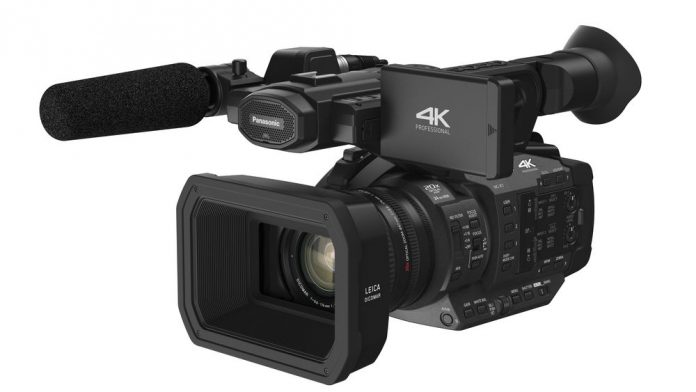 Panasonic's new HC-X1 camcorder has features that match or surpass those of many DSLR and mirrorless cameras on the market. While the HC-X1's list of features and specifications are far too large to cover here, we’ll look at the more unique features of the new X1 and how they can help in production.

The range of formats and frame rates a camera can record in help to determine the types of projects that it will be well-suited for. The HC-X1 has an impressive number of options not only for a camcorder but for any camera.
In HD (1920×1080), the HC-X1 can handle frame rates as high as 120fps for smooth slow motion; it works with bitrates as high as 200Mbps for lower compression and better quality images. Need to shoot for Digital Cinema? No problem. DCI 4K (4096×2160) at 24fps and 100Mbps is supported. The X1 also supports UHD (4K TV 3840×2160) up to 59.94fps at 150Mbps. But if you need to shoot at lower resolutions and at higher compression to be quickly uploaded to a website, the X1 supports recording in 720p and 480p with bitrates as low as 8Mbps.
The HC-X1 also supports variable frame rates from 2 to 60fps. Shooting at 2fps is great for time-lapse shots. If you want the classic look of the action scenes in "The Road Warrior," the HC-X1 will shoot in 22fps and play back in 24fps to speed up the action.[image:blog_post:62618]

The 1” inch, 9.46 megapixel sensor provides a good balance between the ability to capture shallow depth of field shots and ease of focusing for action. The 1” inch sensor size is larger than Super 16mm film and smaller than the Super 35mm format used for many digital cinema cameras. When shooting video, the sensor gives the HC-X1 less noise in low light and greater shadow detail reproduction than many cameras with larger Micro Four Thirds or APS-C sensors.

Renown lens maker Leica has produced an 8.8 – 176mm zoom lens for the HC-X1 which has a 20X zoom range that is almost unheard of in a camcorder. In HD and UHD this gives you the equivalent of a 25.4 – 508mm lens in the 35mm Full Frame format (24 – 480mm for DCI 4k). This means you can capture from a wide angle to a very long telephoto shot. If you're looking to get ultra wide or fish-eye shots, you’ll need an additional adapter. The lens has a minimum F2.8 – F4.5 aperture setting which will allow for both shallow depth of field and low light shooting.[image:blog_post:62621]

The HC-X1 has both Waveform and Vector monitoring to help you maintain broadcast safe video if you're shooting for TV, Blu-ray or DVD. You can record simultaneously using its two SD card slots to create a backup of your footage as you're shooting.[image:blog_post:62620]

The X1 packs traditional pro camcorder functionality with an immense number of features. The retail price of $3,199 for the HC-X1 gets you a whole lot of camera.
Odin Lindblom is an award-winning cinematographer and editor whose work includes film, commercials and corporate video.