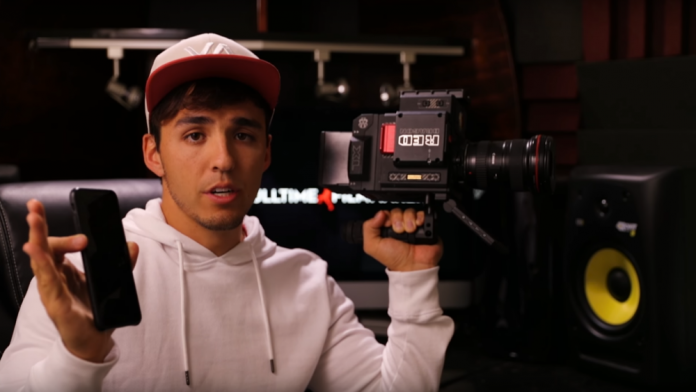 It shouldn’t come as a surprise to anyone that smartphones these days have the ability to shoot impressive photos as well as videos. When the critically acclaimed film “Tangerine” came out, people were surprised to find out that it was filmed entirely on an iPhone 5s.
In an attempt to show how good the new iPhone 7 Plus is, filmmaker Parker Walbeck came out with a video that compares the iPhone 7 plus with his $50,000 professional RED’s Weapon camera.
What he discovered may surprise you. [image:blog_post:62585]
The challenge that Walbeck set up for himself was to shoot a short film using his smartphone along with the RED Weapon. Taping his smartphone on top of his RED Weapon camera along with a stabilizer, Walbeck went out and filmed the short video with both cameras simultaneously.
The end result surprised Walbeck, who was blown away by what he filmed but even more so when he placed both films side by side.
Check out the comparison video here:
http://youtu.be/ztpX3AO1UtU
The point in the video wasn’t to spark debate but to inspire and educate, as noted by Walbeck. “It doesn’t matter how low your budget is, it’s the creativity and skills behind the camera that really matters,” Walbeck says. [image:blog_post:62586]
“Now, before I get an ear-full from all of you RED enthusiasts, I understand the difference between the two cameras and recognize the RED Weapon is a much nicer camera. The point I’m trying to make is that 90% of the video content we watch is on compressed players like Facebook and YouTube, and usually from our teeny mobile devices; therefore, the difference between the two is not super noticeable IF you know how to utilize the camera to its fullest potential.”
When you think about it, the idea of comparing a smartphone that is retailed at $600 to a $50k camera sounds crazy. The latter should win hands down but seeing the comparison side by side and executed by a skilled filmmaker such as Walbeck, one can be persuaded.