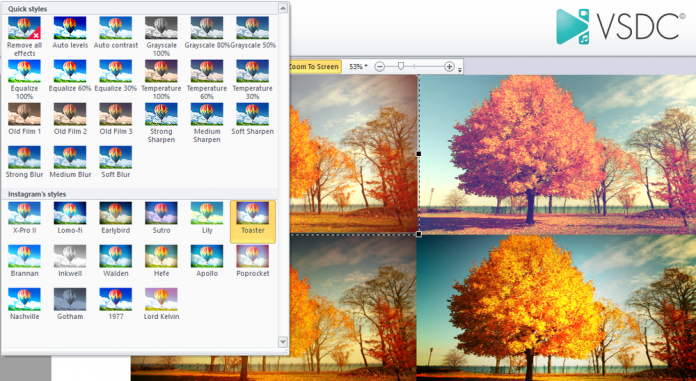 Video editors must contain a wealth of editing tools in order to function, and this has resulted in the software costing tens if not hundreds of dollars. But the VSDC Free Video Editor belies the idea by providing a set of "light professional" video editing tools for free. These tools are designed to aid in any project regardless of length or complexity, without any restrictions to its use; no trial periods, watermarking or ads. And because the VSDC Free Video Editor is so unconventional as compared to traditional video editors, taking a different approach to the editing frees the user to be more creative in the editing than would otherwise be possible.

The key to understanding the VSDC Free Video Editor is by breaking it down into its components —which display the rich functionality and creativity possible as offered through a simplified and intuitive interface.

When it comes to importing files, the VSDC Free Video Editor eliminates the need for additional conversion tools. It is compatible with virtually all video and image types, as well as audio formats and codecs.

Non-linear editing uses a different approach than that of a conventional linear editor, which brings up scenes one after the other in a specific order. As a non-linear editor, the VSDC Free Video Editor can place objects of any length in any position on the timeline, working with different file simultaneously rather than successively. This also means that the various parameters are not locked in but can easily be changed arbitrarily over time.

There are various visual and audio effects that can be applied to a video. These have been split into five categories to simplify the process of navigating between them and consist of Color correction, Object transformation, Object filters, Transition effects and Special FX. There are also blending modes and Instagram-like filters for changing the look of your video image, as well as the ability to create different shaped masks for hiding, blurring or highlighting certain elements in your video.

Audio effects and filters can be applied to audio tracks in both video and audio files. These enable such functions as Sound normalization, Volume correction, Echo, Reverberation and Equalizer among others.

The VSDC Free Video Editor provides a variety of ways for viewing the final project. There is a DVD burning tool for making a disc that is compatible with computer and DVD players, as well as a large set of preconfigured profiles designed to create videos for most popular multimedia devices (Sony PlayStation, Xbox, Archos, Blackberry, MP4 players among others). Additionally you can create charts (diagrams) in-program as well as a desktop video capture utility for saving captured footage to a video file for subsequent processing in the editor. The next version will add a video library where multimedia files can be organized and stored with brief or detailed descriptions and accessed easily.

Drawing all the elements together, the modern and highly intuitive interface does not require a long or arduous learning curve, but instead relies on “wizards” for automating that which the creator wants to achieve.

Non-linear editing is really of great help for professional video processing. Unlike linear video editors, VSDC can work simultaneously and not successively with several files of different sizes — thus saving a lot of time and effort. The VSDC Free Video Editor becomes a partner in visualizing your ideas through highly usable editing tools and at no cost to the user.