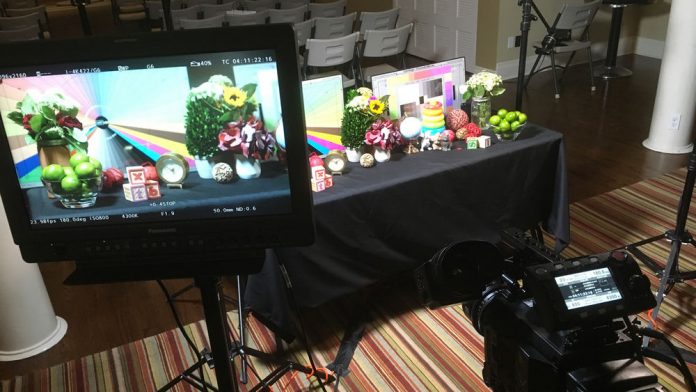 Going into the American Society of Cinematographers Clubhouse is like time-traveling to the early days of filmmaking; not only does the Los Angeles-based organization have examples of equipment from the early days of filmmaking on hand, but there’s also photographs of iconic filmmakers dotting the walls and hallways.
Given this, you might wonder if this is the ideal location for the SIGMA Corporation to host an announcement since they are known and respected for having produced quality photographic lenses since the early 1960’s. It turns out that it makes perfect sense — SIGMA is now introducing a line of cinematic lenses designed specifically for cinematography and filmmaking.
As put forth last week by SIGMA CEO Kazuto Yamaki, the key focus of SIGMA is on producing a quality product, which is why the company directs so much of its attention towards its factory location in Aizu, Japan, rather than outsourcing the building of its lenses. Likewise, this new line of cinematic lenses represent, according to Yamaki, a combination of unbeatable value melded with the highest optical performance in its class in an outstanding compact design.[image:blog_post:62069]
Included in SIGMA cinema debut are a number of lenses. The FF Zoom Line consists of the 24-35mm T2.2 FF in EF and E mounts. This compact lens is compatible with full-frame image sensors. [image:blog_post:62067][image:blog_post:62072]The High Speed Zoom Line consists of the 18-35mm T2 and 50-100mm T2. Both High Speed Zooms feature a constant aperture of T2 throughout the zoom range and are available in EF and E mounts. Finally, lenses in the FF High Speed Prime lens line all feature a maximum aperture of T1.5 and are available at 20mm, 24mm, 35mm, 50mm and 85mm focal lengths. All are compatible with full frame sensors while maintaining a compact shape. Optical performance of all lenses is said to offer the highest image quality in its class, with optimization for the latest digital moviemaking technology readying it for shooting 6K-8K high resolution. [image:blog_post:62068][image:blog_post:62070][image:blog_post:62071][image:blog_post:62073][image:blog_post:62074]
Also to be found in all three new cinema lens lines is a long focus rotation of 180 degrees as well as standardized essentials such as an 82mm front for ND filters and a 95mm front diameter for matte box use. The also use standard gear positions for accessories like follow focus. Manual linear iris control and electronic mounts providing camera metadata are also standard. Two added touches are weatherproofing and the use of luminous paint markings for easier operations in the dark.
Yamaki also brought up that their lenses are “100% retained and 100% new.” He explained this as saying that SIGMA has leveraged the high optical performance of its Global Vision still lens lineup, featuring the same high-quality optical components including lens cells and aperture mechanisms (100% retained), while building in a completely updated mechanical structure wherein all the essential functions required for modern cinematography are supported by the new design (100% new).
SIGMA plans to release the lenses in multiple phases, with the first phase finding two Zoom lens  being released in both the US and Japan for the EF and E mount camera systems this year. 2017 will see SIGMA developing additional Zoom and Prime lenses as well as adding support for PL mount camera systems. Prices have yet to be determined. For more information, visit sigmaphoto.com.