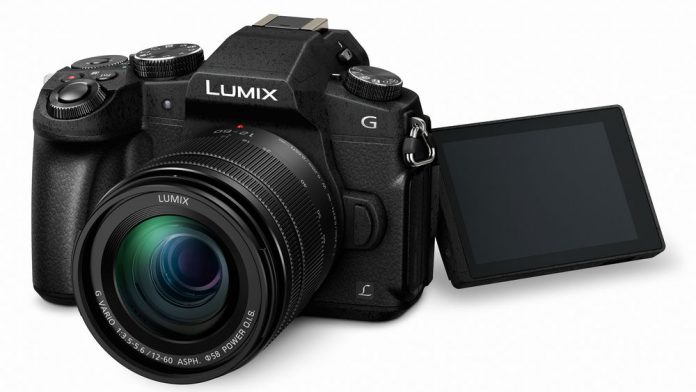 In addition to the GH5 details announced today, Panasonic has also announced three impressive new digital cameras at Photokina, all featuring 4K photo and video recording. These are packed with technology both for creative control when shooting, and for performing in-camera editing — since you can use the built-in Wi-Fi to transfer images and upload to social media.

The new cameras start with the LUMIX LX10 compact camera, an "LX7 on steroids" — small enough to fit in your jeans pocket, and still packed with features including a 1-inch sensor, a manual aperture ring, and macro shooting as close as 3 cm. It will be available in November for around $700.
Then, the LUMIX G85 is a rugged field shooting camera that's weather-sealed to be splash and dust proof and loaded with helpful technology including an electronic shutter for shooting at up to 1/2000 second without the vibration of a mechanical shutter. It will be available in October for $1,000 with a 12-60mm lens, or $900 for the body only.
And finally, the LUMIX FZ2500 is a hybrid compact digital camera, billed as a "GH4 with a fixed lens" — with the built-in lens providing impressive functionality with less weight. It has the same 1-inch sensor as the LX10, and features 20x optical zoom, built-in ND (neutral density) filters, Cinema 4K video recording and live video out. It will be available in December for $1,200.

All three new cameras support 4K photo and video recording, so you can shoot 4K videos in 3840 x 2160 resolution at up to 30p, in addition to Full-HD 1920×1080 at up to 60p. The FZ2500 also records up to Cinema 4K at 4096×2160 and 24 fps.
Plus, you can use 4K-res video recording to do in-camera editing to HD-res videos with Live Cropping to pan or zoom within the 4K frame without moving the lens. You can also add effects in-camera after recording.
And for stills, the 4K PHOTO modes use 4K burst video recording to help build a high-res photo from a set of images, including extraction of the best frame from a 30 fps burst file, Post Focus to select the in-focus area, the new Focus Stacking to adjust the depth of field by combining multiple images, and Light Composition to combine the brighter pixels for night scenes.

For portable use, the LX10 is designed as a powerful yet pocketable compact camera, at 4.15 x 2.36 x 1.65 inches and 0.68 pounds. It replaces and updates the 10 MP, non-4K LX7 in Panasonic's higher-end hobby line, joining the LX100.
The LX10 has a black metallic body, with built-in lens cover, pop-up flash, and a touch-control 3-inch 1040K-dot rear monitor that tilts up 180 degrees for low-angle shots.
The LEICA DC VARIO-SUMMILUX lens (11 elements in 9 groups) with F1.4-2.8 aperture (24-72mm 35mm camera equivalent) provides 3X optical zoom and has a manual aperture control ring for precise control — including macro shots down to 3 cm.
The 1-inch MOS Sensor provides 20.1-megapixel resolution, which, when combined with the Venus Engine processor, provides up to ISO 12,800 sensitivity.
The 5-Axis HYBRID O.I.S.+ (Optical Image Stabilizer Plus) combines optical and body stabilization for better stability from wide angle to telephoto, especially with one-handed shooting.
And the high-speed auto-focus with DFD (Depth From Defocus) technology focuses at approximately 0.12 seconds and supports high-speed burst shooting at 10 fps (AFS) / 6 fps (AFC).

The G85 Digital Single Lens Mirrorless (DLSM) camera is targeted to active photographers. Compared to the G7, for example, it includes a new weather-sealed body, magnesium alloy full die cast front frame and a thicker grip for one-handed operations. Its body size is 5.06 x 3.50 x 2.93 inches, and it weighs 1.58 pounds with an H-FS12060 lens.
The camera has customizable front/rear dual dials to allow quick direct adjustments. To monitor your shooting, it has a larger OLED Live View Finder with 2360k-dot resolution that has a deeper offset for use with glasses, plus a free-angle 3.0-inch 1040K-dot rear monitor for touch-screen control.
The 16.0-megapixel MOS Sensor does not have a Low Pass filter, which improves the limiting resolution by approximately 10 percent. The camera provides up to ISO 25,600 sensitivity.
The new 5-axis Dual I.S. (Image Stabilizer) suppresses blurring to provide up to a 5-stop slower shutter speed. A new electromagnetic shutter also reduces shutter shock by approximately 90 percent.
With DFD technology, the G85 focuses at approximately 0.07 seconds, and supports high speed burst shooting at 9 fps (AFS) / 6 fps (AFC). Low Light AF can focus down to -4EV (moonlight) and the Custom Multi AF mode provides 49 user-selectable focusing areas.
The G85 also can display real-time image output to an external monitor simultaneously with recording via a micro HDMI cable in 4:2:2 / 8-bit.

Finally, the FZ2500 is a hybrid compact digital camera with a fixed lens, designed for high performance for both photography and videography — with 4K video benefiting from precise aperture control, zoom and stabilization, and photo quality benefiting from the 1-inch sensor, 20x zoom, and 4K PHOTO modes.
Building in the lens reduces the weight and allows for improvements including smooth gradual zooming from wide to telephoto (using magnets, not cogs) and an inner zoom lens design that does not protrude out any further when zooming. The camera's body size is 5.42 x 4.01 x 5.30 inches, and it weighs 2.13 pounds.
The FZ2500 body includes a substantial grip for stable operation, with focus and zoom rings around the barrel, and front/rear dual dials for directly setting shutter speed and aperture. The OLED Live View Finder provides 2360K-dot resolution, and the 3.0-inch 1040K-dot touch-control rear monitor tilts up and down by 270 degrees. It also has a mic jack and headphone jack for video shooting.
The FZ2500 features a LEICA DC VARIO-ELMART lens system (16 elements in 11 groups) with F2.8-4.5 aperture (24-480mm 35mm camera equivalent) and 20x optical zoom.
The 1-inch 20.1-megapixel MOS sensor provides up to ISO 12,800 sensitivity.
The FZ2500 also adds built-in ND (neutral density) filters, with 4 setting modes: 2EV(1/4), -4EV(1/16), -6EV(1/64) and AUTO, so you can maintain the same exposure level with a fixed shutter speed or shoot with an open aperture without washing out the scene.
With 5-Axis HYBRID O.I.S.+ and DFD technology, the camera focuses in approximately 0.09 seconds, and supports high-speed burst shooting at 12 fps (AFS) / 7 fps (AFC).
For high-res shooting, the FZ2500 records up to Cinema 4K, 4096 x 2160 at 24 fps. It can feed live video output to an external monitor while recording, via micro HDMI in 4:2:2 8-bit or 10-bit.
For more details, visit: shop.panasonic.com.