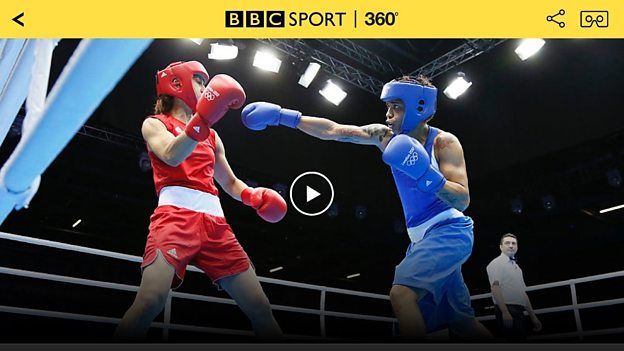 The BBC created a buzz last week with the announcement of an innovative scheme to cover the 2016 Olympics in Rio de Janeiro, Brazil. On Friday, in anticipation of the Opening Ceremony, the BBC launched their new BBC Sport 360 service, which will provide viewers with access to live spherical coverage of select events, complementing their more traditional comprehensive live coverage.
“Now, we’re pushing the boundaries once again to bring people closer to the action than ever before. Not everyone can make it to Rio to cheer on Team GB so we’re looking forward to giving sport fans the next best thing,” explains Justin Barritt, Executive Product Manager at BBC Sport.
The spherical video comes from the Olympic Broadcasting Service (OBS), which was established by the International Olympics Committee to handle the capture and distribution of Olympics coverage. Throughout the Games. the OBS will provide about 85 hours of live spherical coverage plus a daily spherical highlight reel to international rights holders interested in taking advantage of the new technology. According to a post on the official Rio 2016 website, as of July 30th, at least 12 rights holders had taken up the offerings.
Along with the BBC, NBC is also providing spherical coverage, but on this side of the pond, only those with Samsung Galaxy smartphones compatible with Gear VR will be able to access the VR content section of the NBC Sports app — a big limitation considering the BBC Sport 360 app is compatible with Android and iOS devices, in addition to Samsung’s VR viewer.
BBC Sport 360 has been termed an experimental service aimed at offering even more customization and immersion for viewers, but the fact that such spherical coverage is even available to be presented by the BBC, NBC and others is a testament to the potential broadcasters see in spherical and VR programming.
With spherical video cameras and rigs entering the consumer marketplace and VR viewing options increasingly available, many have asked how this new technology can be used and where it will fit into our existing viewing habits. Here, one of the more obvious applications — live sports coverage — is put into action on a massive scale at the world’s premier sporting event. Is the beginning of a new era of content viewing? Perhaps this experiment in Rio will give us an answer.