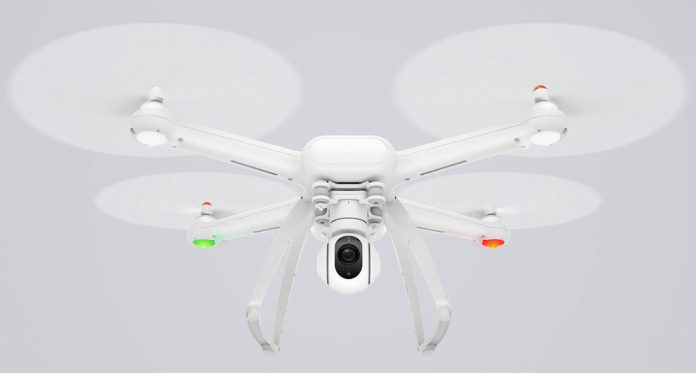 Xiaomi, known mainly for smartphones and accessories, is China's most popular consumer electronics company. Soon they'll sell a drone in the United States with hopes to challenge DJI's dominance in the consumer drone market by undercutting them by hundreds of dollars. Xiaomi's 4K Mi Drone will retail for $460 while their competition is priced over $1,000.

The Xiaomi Mi Drone boasts some pretty incredible specs, considering the price. It uses a 12.4 megapixel sensor made by Sony, which is capable of capturing 3840×2160 UHD video at 30 fps. The gimbal makes adjustments at a rate of 2,000 times per second for presumably smooth pans and tilts. Impressively, the 5,100 mAh battery empowers the Mi Drone to fly for up to 27 minutes per session and a distance of up to 3km, though it will only transmit video up to 2km. For comparison, we've found the DJI Phantom 4 to stay in the air for about 25 minutes in the most ideal ideal flying conditions.

With the Mi Drone, Xiaomi hopes to democratize drone video, and not only by keeping the price low. They also hope to make the process of flying more approachable. To make flying easier for beginners, Xiamoi has added buttons to the controller that enable one-touch takeoff and landing.

Though details are scant, the Xiaomi will be capable of autonomous flight, including point to point flight and orbits.

The Xiaomi will be available in late July, though only as part of an open beta program, so buyer beware. A formal release hasn't yet been announced.