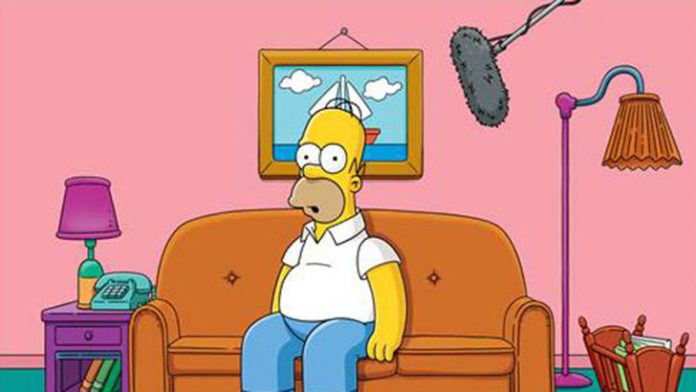 For fans of "The Simpsons," Sunday, May 15th marks a very special occasion. After 27 seasons, Homer Simpson will be animated live for the first time ever to answer topical questions from fans. The event will take place during the final three minutes of the May 15th episode titled "Simprovised" and will feature Homer addressing questions sourced from tweets using the Twitter hashtag #HomerLive.

Though the questions will be culled from Twitter in advance of the broadcast — the submission period ended last week on May 4th — executive producer Al Jean insists the broadcast will indeed be improvised live by Homer Simpson voice actor Dan Castellaneta. As TheWrap reports, Jean has promised to prove the broadcast is in fact live in interesting ways. Both East and West Coast broadcasts will include the live qestion and answer segment, with Homer addressing different questions in each version.

Jean also told Entertainment Weekly, "To my knowledge, no animated show has done this before." The longest running scripted television show in US history, "The Simpsons" continues to rock the world of animated television and television in general, leveraging the considerable resources and cultural significance of the show to push boundaries and try things never before attempted.

The show has been toying with the idea of a live broadcast for years, but technology is only now catching up with that creative vision. As Jean told Entertainment Weekly, "[Motion capture technology] used to have electrodes wired into the person. Now they don’t. The actor just speaks into a mic, and the camera records his motions, and transfers it to the character onscreen."

Though the exact technology has not been disclosed, this explanations point to Adobe Character Animator as the tool behind this live Q&A session. Character Animator, still in the preview stage, offers simple character rigging and real time lip synchronization, making it the obvious choice for improvised animation such as is promised in this special "Simpsons" episode.

Only last month, Videomaker recognized Adobe Character Animator with our Best Motion Graphic Software of NAB 2016 award, so we're especially excited to see this technology put into practice on such a beloved series.