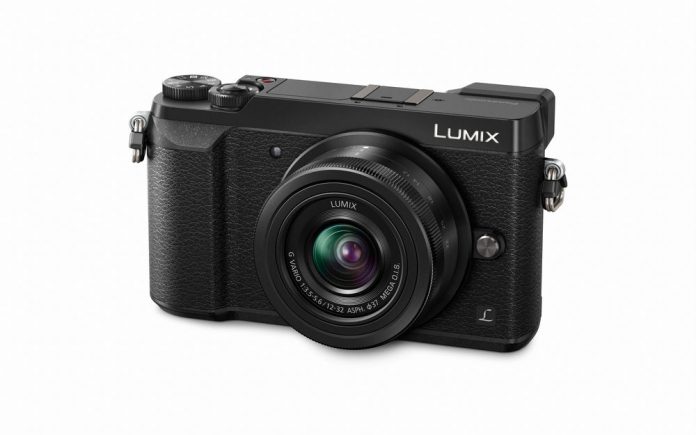 Panasonic has announced a new entry in its GX line of 4K compact mirrorless interchangeable-lens cameras — think "DLSM," for mirrorless, not "DSLR."
The new LUMIX DMC-GX85 features 4K and full HD video capabilities with still photo extraction and adds impressive enhancements in image quality and stabilization. It will be available at the end of May in both silver and black for $800, which includes a 12-32 kit lens.
The GX85 demonstrates how 4K video is not just for videographers. Yes, you can shoot 4K video in QFHD 3840 x 2160 at 30p or 24p (in addition to full-HD 1,920 x 1,080 60p). But the line between motion video and still photos is becoming more defocused.
For example, in 4K Photo mode you can shoot video bursts to ensure that you capture the best image of a fleeting moment with 4K Burst (quick sequence), 4K Burst Start/Stop (continuous until stopped) and 4K Pre-Burst (live buffering to capture 2 seconds before and after the shot). These all shoot at 30 fps with photo features including non-widescreen aspect ratios and Program AE modes to capture the right moment in 8MP equivalent high res images.
The 4K technology also supports a Post-Focus function, which even has a dedicated button, to capture multiple images with one shot, and then select from 49 focus detection area using DFD (Depth From Defocus) auto focus technology. You can just tap the screen to select the focus area to frame the scene in one or more ways — or you can export the underlying focus stack video file for additional processing.
There's also a new 4K Photo Light Composition function to automatically choose brighter pixels for more dramatic nighttime images. And, like Panasonic 4K camcorders, the GX85 supports 4K Live Cropping, so you can set up smooth panning and zoom motion within the 4K frame and save the result as a HD-res video.
But all that pixel resolution will not do you any good if you are struggling to hold the camera steady — especially with a long lens — or the sensor is struggling to capture an image in low light.
Panasonic has reduced blurring on the GX85 with a new 5-axis Dual I.S. (Image Stabilizer). This combines a front-end 2-axis O.I.S. (Optical Image Stabilizer) in the lens together with a 5-axis B.I.S. (Body Image Stabilizer) in the camera. These operate in both photo and video modes, including 4K video, from wide angle to telephoto, to permit an estimated 4-step slower shutter speed.
Then, to enhance image quality, Panasonic has removed the Low Pass Filter from the 16.0MP Digital Live MOS Sensor, improving the fine detail resolving power by approximately 10 percent. The physical filter is replaced by noise suppression processing in the new Venus Engine, which also separately adjusts hue, saturation and luminosity so you can choose a Photo Style preset of contrast, sharpness, saturation and noise reduction. For example, the new L Monochrome style shoots with deep black and rich gradation like black and white film.
The GX85 shutter unit also has an electromagnetic drive, which softens shutter shock and noise, reducing the associated shake by approximately 90 percent in comparison with conventional spring-powered shutters.
Panasonic has combined these technologies to provide higher speed and higher precision focusing. The DFD (Depth From Defocus) technology calculates the distance to the subject by evaluating two images with different sharpness levels based on the optical characteristics of the lens. The GX85 then can auto-focus in approximately 0.07 seconds, and can set focus in extremely low-lit situations, to -4EV (moonlight). It also adds Focus Bracket and Aperture Bracket (depth of field) modes in addition to Exposure and WB Bracket, i.e., to shoot up to 999 images with different focus points.
The GX85 also features a 16×9, approximately 1040K-dot, LVF (Live View Finder) with full field of view. Just look into it to start the Eye Sensor auto focusing. It also has 3.0-inch touch-screen monitor that tilts up 80 degrees and down 45 degrees for shooting at high or low angles. A microphone input is included, but there is no headphone jack for monitoring audio captured.
And, finally, for mobile shooters, you can use the Panasonic Image App for iOS and Android to remotely control and fully configure the GX85 over Wi-Fi.