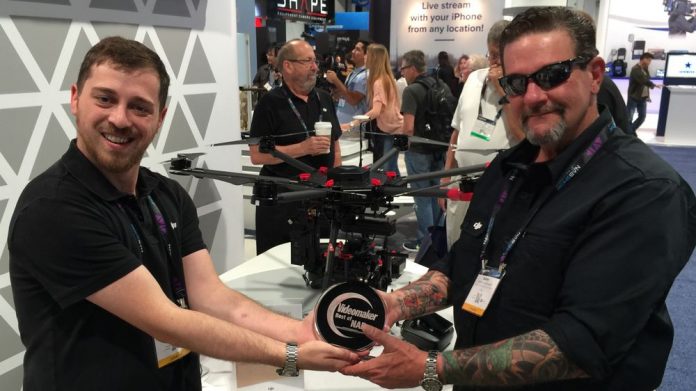 We are thrilled to recognize DJI as the maker of the Best Drone at NAB 2016. The reveal of the Matrice 600 was certainly a surprise for us, considering DJI’s dominance in the consumer drone industry. We were beginning to suspect that they may begin to favor the quadcopter category over that of hexacopters, but not only did they prove to us that that’s not the case, they announced a hexacopter that appears to be not only highly capable but highly approachable as well.

We’ve already reported the features and tech-specs of the Matrice 600, but it’s really the price that caught our attention. In fact, at the reveal event, an audible gasp swept across the room when the price was announced. What’s the catch? Time will tell, as we hope to get some flight time with the Matrice 600 soon. Until then, we’ll watch and wait.