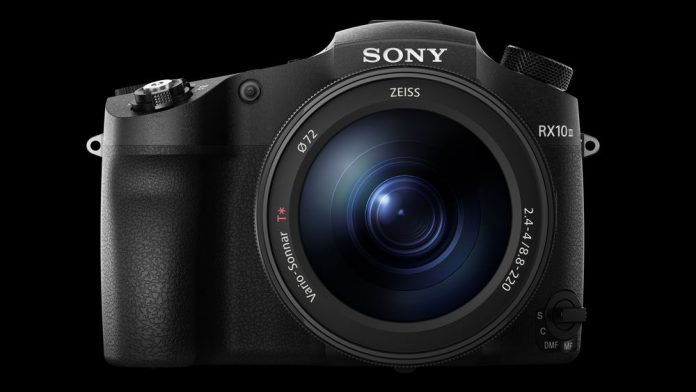 Sony today announced a new addition to their Cyber-shot line with the high-zoom RX10 III, along with 2 new FE lenses. With a 25x super-telephoto zoom lens, the RX10 III boast an impressive focal range of 24-600mm. Similar to its predecessor, the RX10 II, the RX10 III uses a 1.0 type stacked 20.1 MP Exmor RS CMOS sensor with DRAM chip and advance signal processing combined with a BIONZ X image processor to deliver 4K recording and 40x super slow motion, capturing video at up to 960 fps in 1080p. [image:blog_post:60026]

“By pairing the convenience of an ultra-telephoto lens with our innovative stacked CMOS image sensor design, we’ve created a whole new image experience unlike anything else in market today,” said Neal Manowitz, Vice President of Digital Imaging at Sony Electronics.  “The new RX10 III offers a true ‘all in one’ package that will appeal to a wide range of amateur, hobbyist and professional photographers and videographers.”[image:blog_post:60017]

The RX10 III's 24-600mm Zeiss Vario-Sonnar T lens is equipped with a 9-blade aputure designed to create a nearly perfect circle — creating a pleasing bokeh — with a maximum opening of f/2.4-f/4.0. Sony's Anti-Distortion shutter offers a maximum speed of 1/32000 second with the option for silent shooting in quiet environments. Paired with the RX10 III's built-in Optical SteadyShot and an ergonomically designed grip, this promises crisp images even when zoomed in. For detailed tele-macro images, the RX10 III sports a minimum focusing distance of 72cm with a 0.49x maximum magnification at 600mm. The camera's high speed autofocus uses spatial object detection to predict motion of a subject for focusing in just 0.09 seconds.[image:blog_post:60018]

With and ISO range of 64-12800, the RX10 III promises low noise images, while its DRAM chip ensures faster processing speeds, enabling the camera to capture 960 fps when shooting video and up to 14 fps when shooting continuously in photo mode. In the high frame rate (HFR) setting, the RX10 III offers 960, 480 and 240 fps recording with 60p, 30p and 24p playback options. Sound is not recorded during HFR shooting. http://youtu.be/-tYhNIgi-SE

4K recording uses the full pixel readout without pixel binning to capture more information for a more detailed image, intended to reduce moire and other imperfections. The RX10 III records in the XAVC S codec at up to 100 Mbps in 4K and 50 Mbps in 1080. Available recording modes include Picture Profile, S-Log2/S-Gamut, Gamma Display Assist, Time Code and more.

The RX10 III sports a XGA OLED Tru-Finder display with approximately 2.35 million dots of resolution. For clear audio, the RX10 III offers both a microphone input via a stereo minijack and a headphone output. The camera is also dust and moisture sealed and Wi-Fi and NFC capable.

The lightweight 50mm prime offers a circular aperture with a maximum opening of f/1.8 for clear imagery and good low-light performance at an affordable price.

All three new products annouced today are slated to ship beginning in May 2016. The Sony Cyber-shot RX10 III extended zoom camera will be available for about $1,500, while the 70-300mm telephoto zoom lens and the 50mm prime lens will go for about $1,200 and $250, respectively. For more information, visit www.sony.com.