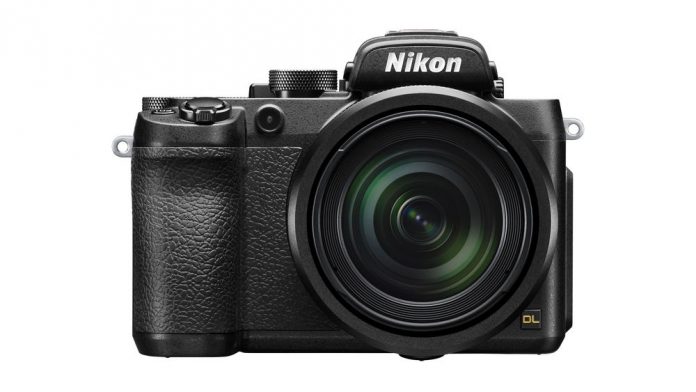 Last night, Nikon announced the new DL Premium Series of compact cameras, which includes three models: the DL24-85, DL18-50 and DL24-500. All three sport 20.8-megapixel (CX-format) 1-inch BSI CMOS sensors and new EXPEED 6A image processors, promising impressive noise reduction and and low-light performance. 4K UHD recording, high-speed Autofocus (AF) and new Nikon SnapBridge connectivity round out the feature set.
At the top end of the series is the DL24-500, offering the longest zoom capability of the bunch with a 24-500mm focal range and f/2.8-5.6 aperture. The DL24-85 offers a versatile 24-85mm focal range with a fast f/1.8-2.8 aperture, as well as a new Super Macro Mode exclusive to the DL24-85. The DL18-50 provides a focal range of 18-50mm with an f/1.8-2.8 aperture. Built-in perspective controls help compensate for image distortion caused by the ulta-wide angle lens.
“We recognize consumers’ desire for smaller cameras capable of outstanding image quality,” said Masahiro Horie, Director of Marketing and Planning, Nikon Inc. “With the new DL line, Nikon is proud to fuse legendary NIKKOR optics with the latest innovations in imaging to provide advanced photographers amazingly compact tools capable of capturing photos and video that even the most discerned professional would be proud of.”
The DL series will be among Nikon’s first compact offerings to support 4K UHD (3840×2160) video capability at 30p. Slow motion is also supported in 1920×1080 at 120p, 1280×720 at 240p, 800×296 at 400p and 400×144 at 1,200p. The cameras aslo support HDMI output to an external recorder and the ability to grab stills from video, while PSAM selectable exposure modes allow you to make adjustments while recording. The cameras' high-speed hybrid autofocus (AF) system features 105 phase detect focus areas, with 171 focus points in contrast detect AF mode, as well as continuous shooting up to 20 fps or up to 60 fps with focus locked on the first frame. The DL series also features Dual Detect Optical VR technology to compensate for camera shake while handheld or at slower shutter speeds.
All three cameras in the DL Premium series feature high-resolution 1,037k-dot OLED Touch displays. The DL24-85 and DL18-50 displays are limited to tilting, but the DL24-500’s display provides full articulation. The DL24-500 is also the only model in the series to support external microphones via a stereo microphone input jack.[image:blog_post:59634][image:blog_post:59635]
With any of the three cameras, Nikon SnapBridge uses Bluetooth low energy technology (BLE) to provide an “always on” connection to a compatible smart device, allowing images to be sent from the camera to a smart device via the SnapBridge app. SnapBridge also allows you to operate the cameras remotely. In addition, the cameras all feature built-in Wi-Fi and NFC for connection and sharing.
[image:blog_post:59633]Also announced last night were three new additions to Nikon's COOLPIX lineup — the COOLPIX B700, the B500 and the A900. The superzoom cameras offer 60x, 40x and 35x optical zoom, respectively. [image:blog_post:59636]
The B700 and A900 both support 4K UHD recording while the B500 tops out at 1080p30. Each of these new models also supports Nikon SnapBridge for transferring and sharing images.
The new DL24-85, DL18-50 and DL24-500 are slated to be available early summer 2016 with MSRPs of $650, $850 and $1,000 respectively. The new Nikon COOLPIX models will be available in Spring 2016 with MSRPs of $500 for the B700, $300 for the B500 and $400 for the A900. For more information, visit www.nikonusa.com.
http://www.youtube.com/watch?v=WPO4-NvvGug