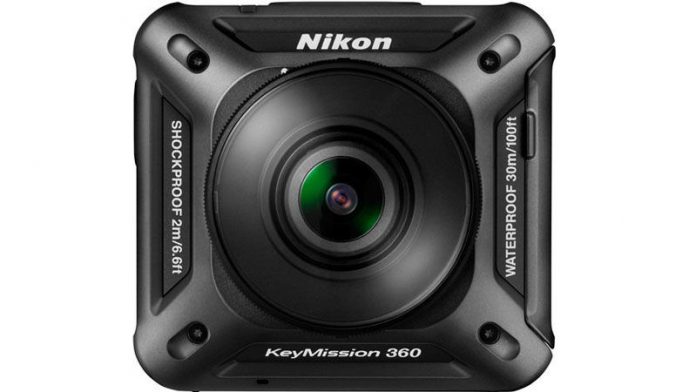 Nikon takes a bold step into the action camera arena with the KeyMission 360. This camera is equipped with two lenses and two sensors in order to capture a 360-degree view in 4K video. Nikon developed the KeyMission 360 with sports and outdoor users in mind and made this little camera able to withstand water at 100-foot depths. It’ll also stand for being thrown into dust, shock impacts and low temperatures. The key to the KeyMission 360 might be the reduction of camera shake provided by the electronic vibration reduction made possible with apps during playback.

Your initial thought might be that they’re late, but you haven’t tried this action camera yet. A similar path we’ve seen before is that Nikon will provide a dedicated line of accessories. The image itself will be a key differentiator, and remains one of the biggest factors in most people’s decisions on which action camera to get. By the looks of it, we expect Bluetooth, NFC and Wi-Fi capabilities, likely to explain the display-less nature. The square shape gives it a somewhat unique look. The questions of audio, frame rate and shooting formats are yet to be answered. We also don’t know the price of the KeyMission, but expect it to release in Spring of 2016. Who knows, maybe Nikon strikes a chord with the KeyMission 360.