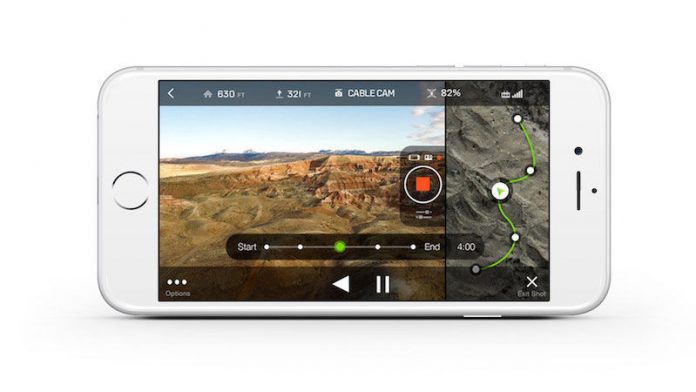 The creative minds at 3DR released new software for their Solo drone. The Solo can now Follow with Freelook and pass through multiple points in the Cable Cam setting. Each flight path created will be saved in the app and will be categorized by date and location or a name you specify. The Follow with Freelook feature is next to hiring a motion control setup. You’ll depend on the drone to position the camera, and you can pan and tilt to control the framing of the image.

This software update will be free to all owners of a Solo and is expected to be released in Spring 2016.[image:blog_post:59122]

3DR is appealing to the aerial videographer in all of us. The Smart Shot functions will actually make you look smarter by giving you unlimited keyframes for the position of your Solo drone. This feels like the leap from linear to non-linear editing, and it’s a big one. The follow function literally does the same job as a camera assistant, follow the subject and get the camera in position.

3DR really wants you to be able to pull off incredible shots as a solo operator. Though it isn’t new hardware, it shows some good planning if the original Solo can simply be updated and improved, and if they keep it up, it only increases the value of the Solo drone platform.