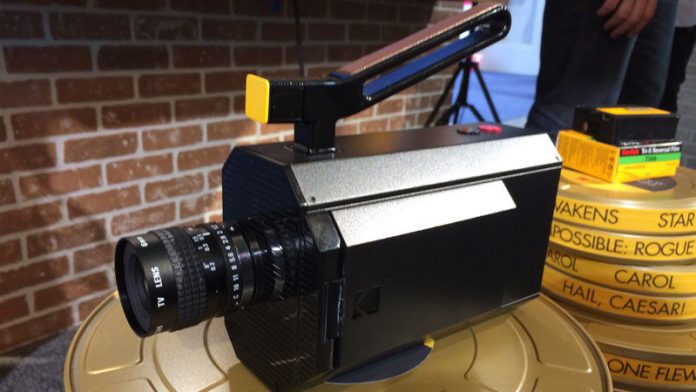 The Kodak Super 8 camera seems to look back when everyone is going forward. The only film camera announced at CES, The Kodak Super 8 camera rekindles the magic of making a movie and telling a story with film. With a detachable mic, digital audio recording to an SD card, an electronic viewfinder, and a post-processing ecosystem that includes both film prints and digital scans, the Super 8 blends old-school look and feel with modern conveniences. Kodak’s effort is a complete one and will aim for a parallel landscape.

Despite requiring film processing and a shift in your post-production workflow, the Kodak Super 8 camera represents a new way for people to tell their story by combining the old with the new — and that’s what we find is worth writing about. We’re excited to see what challenges and differences the Super 8 camera brings to our field, and we can’t help but remember some of the biggest directors of our time and the 8mm medium that they fell in love with. We award the Kodak Super 8 camera a Best of CES 2016 Spotlight Award for being one of the top products we’ll want to watch in the coming year.