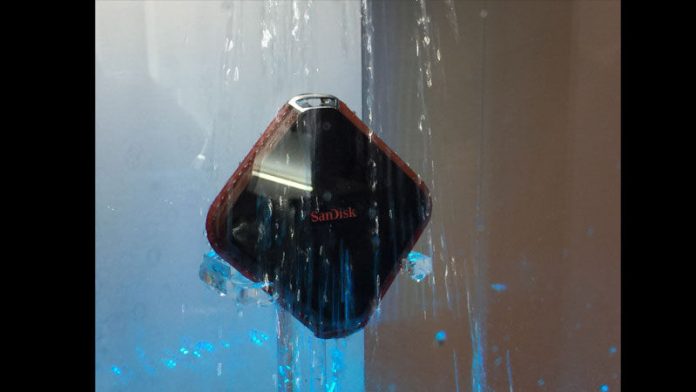 SanDisk becomes the go-to name again when it comes to storing your media, and the SanDisk Extreme 510 does several things well. We must be clear that this storage device is a portable hard drive, despite being just a little bit larger and thicker than a CompactFlash card. It might even fit one of those tiny pockets that are installed on women’s clothing.

Now for the nice touches, the SanDisk Extreme 510 can endure water, dust, and falls of 5.9-feet. To further resist falls, it includes a metal clip to be sure you believe it’s portable. It will also resist spilling information with its 128-bit encrypted password protection. SanDisk claims write speeds up to 400MB/s and read speeds at 430MB/s. We hadn’t mentioned capacity yet so here it is: 480GB. That's a sizable amount, and USB 3.0 will power it, as well as get data to and from your computer. The SanDisk Extreme 510 is a solid state drive we feel has earned our Best Mobile Storage of CES 2016 award.