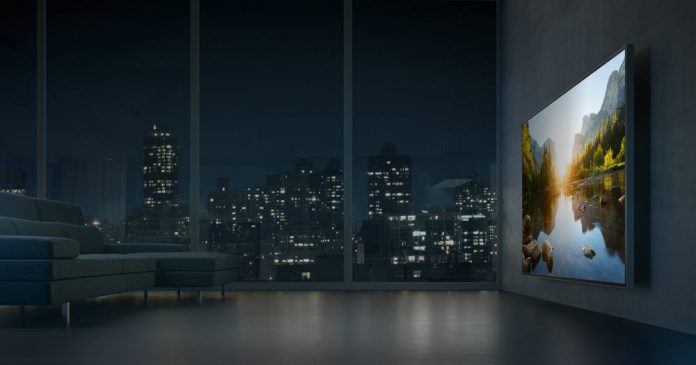 The Roosevelt Hotel in Hollywood saw a guest unlike any previously seen: the 120-inch 4K Ultra HD Reference Series HDR display with Dolby Vision support. On display in the “HDR Lounge,” this and the 65-inch model were not just being presented, but provided demonstrations as to the changes brought on by new technologies, redefining the level of picture quality now available for home viewing. Warner Bros. studio titles were streamed in 4K Ultra HD through the VUDU streaming service to show off these new displays.
The superiority of the contrast ratios and color gamuts of the Vizio’s Reference Series HDR displays was clearly visible. Both models take advantage of Vizio’s Quantum Dot-equipped Ultra Color Spectrum for providing nearly 87% of the Rec2020 color space. This represents an increase of ~20% more than the P3 color space as found in other HDR displays.
A special section was set up side by side with the 65-inch and a competitor’s model, both with their front diffusers removed so that the LED local dimming systems could be viewed and compared. The exceptional level of contrast and the appearance of deep, rich blacks on the Vizio could be seen as clearly superior, thanks to 384 Active LED zones and a Full-Array 800-nit LED backlight.
The final demonstration took the 65-inch and matched sound with video. A dedicated 5.1 sound bar can be mated at the bottom of the Vizio, providing the front left/right and center channel. The 10-inch wireless subwoofer has connections designed to allow for the rear surround speakers (L/R) to be attached. The sound system can output out to 101dB of DTS or Dolby Surround audio.
Additional features found in both models include 802.11 AC dual band Wi-Fi, a 240 Hz refresh rate, future ready HDMI ports and a Spatial Scaling Engine for up-converting 1080p to 4K. The 120-inch (RS120-B3) will retail for $129,999.99 and the 65-inch (RS65-B2), which includes the Sound Bar Audio System, will retail for $5,999.99. Both models will be sold through the Vizio.com site.