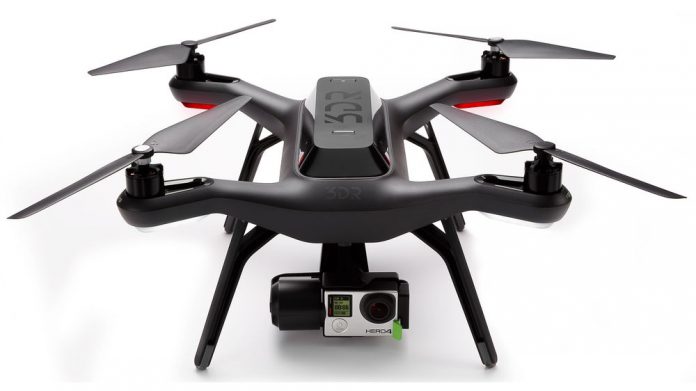 3DR, North America’s largest drone manufacturer, has announced a first-of-its-kind partnership with AirMap, a company that provides flight zone information for drone users and RC pilots around the world. 3DR will integrate AirMap’s safety information software into its Solo smart drone app to directly deliver reliable safety information to users.
“We’ve made drones really easy to fly,” said 3DR CEO and co-founder Chris Anderson. “With Solo, for instance, we built software into the drone that made it automatic to get the kind of cinematic video you want. This dramatically reduced the amount of practice that used to be necessary back when drones were difficult to fly. Now, we want to make flying as safe as it is easy. Supplementing the Solo app with AirMap’s robust and reliable real-time airspace information allows us to increase education with a seamless and enjoyable drone experience.”
[image:blog_post:58604]
AirMap software continually pulls and compiles airspace information and displays the restricted, warning and informational areas on a map. If Solo users open their Solo app in a restricted area, they’ll see a warning. Users can then tap the warning to bring up a map that displays any airspace information in the area. This airspace information includes real-time Temporary Flight Restrictions that may be established in the areas around wildfires, major sporting events and other sensitive places. The Solo app will also contain basic airspace information including federal guidelines, national parks and airbases.
“Drones are a powerful, important and increasingly popular technology, and we want to make it easy for people to fly them safely,” said Ben Marcus, co-founder and CEO of AirMap. “We collaborate with industry leaders like 3DR to give drone users the information they need to make decisions about where to fly.” [image:blog_post:58605]
With future updates, it is intended that the Solo smart drone app will be able to display more detailed and nuanced airspace information piped directly from AirMap which will include state and local regulations in addition to federal rules.
To learn more about Solo and the Solo App, visit 3drobotics.com/solo.
To learn more about AirMap, visit www.airmap.io