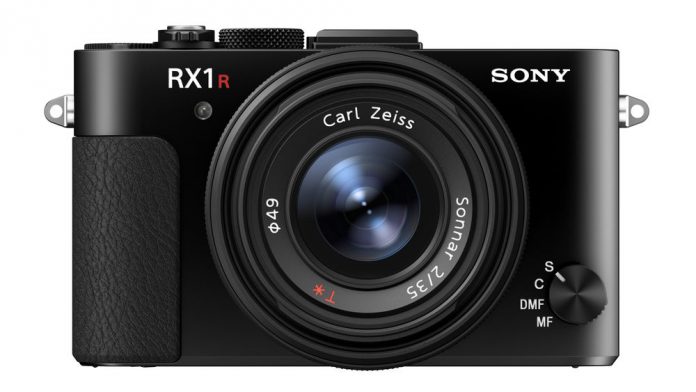 Sony Electronics has announced the latest addition to their Cyber-shot RX compact camera line, the full-frame RX1R II.  With a high resolution 42.4 MP sensor and a ZEISS Sonnar T* 35mm F2 lens, Sony claims the RX1R II delivers the highest picture quality of any compact camera they have made thus far.
The RX1R II has a back-illuminated 35mm full-frame Exmor R CMOS sensor with approximately 42.4 effective megapixels paired with a BIONZ X processing engine with a wide dynamic range and an ISO sensitivity of 100-25600. The large aperture 35mm F2 ZEISS Sonnar T* lens has a Macro shift ring for focusing on subjects as close as 14cm and has nine aperture blades with Sony claiming a smooth, even bokeh in the most commonly used aperture ranges.
This model is the first in Sony’s RX line of compact cameras to include their Fast Hybrid AF capabilities. The camera’s sensor features 399 focal-plane phase-detection AF points that work together with 25 contrast AF points to achieve a focus response that Sony states is about 30% faster than the original RX1. The RX1R II has an adapted motion-detection algorithm for tracking moving subjects, an AF-C mode that tracks a subject after focusing and can achieve up to 5 fps continuous shooting with AF tracking.
[image:blog_post:58347]
The RX1R II has a built-in retractable 2.4 million dot XGA OLED Tru-Finder viewfinder that pops up and down with simple one-push operation. The camera also has a 3.0 type WhiteMagic™ 1.2 million dot LCD display that can tilt upwards up to 109 degrees and downwards up to 41 degrees, allowing for a greater range of shooting angles and positions.
Although primarily designed for shooting still images, the RX1R II supports full HD 1920 x 1080 video recording at frame rates of 60p, 30p or 24p (NTSC) and 50p or 25p (PAL) in XAVC S, AVCHD or MP4 movie recording formats. In addition, at the slightly lower resolution of 1280 x 720, the camera can shoot at an impressive 120p (NTSC) and 100p (PAL). The RX1R II also has an electronic steadyshot to stabilize your footage and an 1/8" stereo microphone mini jack for improved audio recording, with Sony claiming that the camera’s advanced sensor and processor deliver detailed movies with low levels of noise.
The camera has a range of features available only when shooting stills, including an expanded sensitivity range to ISO 50–102400, a variable low pass filter to reduce the presence of moiré and color artifacts and uncompressed 14-bit RAW image capture.
The Sony RX1R II full-frame compact camera will be available in November for about $3300 US and $4200 CAD.