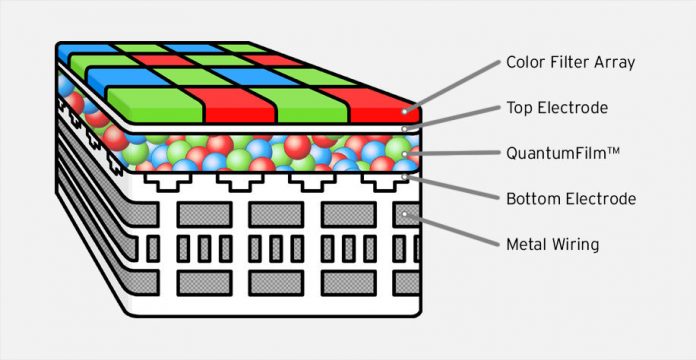 Pioneering sensor developer InVisage Technologies Inc. has released “Prix”, a short film shot entirely with the company’s QuantumFilm smartphone camera sensor.
“Prix” features young stars Samuel Parker, Isabella Mulford, and Luke Darga as three young innovators working to excel at their sport of choice — RC car racing. The film was produced on a smartphone image sensor with InVisage’s QuantumFilm technology and demonstrates the sensor’s electronic global shutter – which InVisage claim is a first for a smartphone camera sensor – and an expanded dynamic range mode called QuantumCinema.
“Today, filmmakers of all types have access to HD-quality cameras through their smartphones,” said InVisage President and CEO Jess Lee. “However, achieving truly cinematic quality can be difficult without professional-grade cameras. Our expanded dynamic range capability is a major step forward in allowing smartphones to capture the tiniest of details across a wide range of lighting conditions.”
QuantumFilm is a photosensitive layer based on InVisage’s newly invented class of materials to absorb light. The new material is made up of quantum dots, nanoparticles so small that they can be dispersed to form a colloid which, like paint, can be coated onto a substrate and allowed to dry.
[image:blog_post:58430]
During the production of “Prix,” cameras utilized InVisage’s QuantumCinema, a capability developed specifically for smartphone sensors equipped with QuantumFilm. Like photochemical film, QuantumFilm sensors have a non-linear response to light that allows them to preserve information in bright areas where a silicon CMOS sensor would typically saturate. This response, combined with higher photosensitivity and electron storage per pixel, enables QuantumFilm to show greater dynamic range in QuantumCinema mode.
“Prix” was shot using InVisage’s electronic global shutter mode for smartphones, which eliminates the “rolling shutter artifact,” an image defect when shooting moving objects. All the scenes in the film were shot simultaneously with a comparable silicon smartphone using a rolling shutter which captures parts of an image at different times. This delay causes distortion when quickly moving subjects are shot with a moving camera, but with QuantumFilm’s global shutter all parts of the image are captured simultaneously resulting in clear motion capture.
InVisage have released “The Making of ‘Prix’” which includes side-by-side comparisons of footage shot simultaneously with standard smartphones versus those equipped with QuantumFilm and gives an insight into the company’s technology.
To find out more about the QuantumFilm sensor go to www.invisage.com
Advertisement