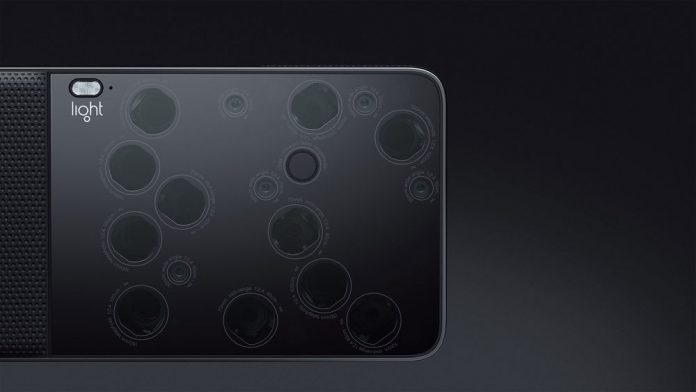 Take a look at all of the cameras you've owned over the years. Gauge the similarities and differences between them and a few constants will most likely remain. The camera contains one image sensor. It either has a fixed lens, or can utilize one interchangeable lens at a time. So, what would you say to a 52-megapixel device containing 16 cameras and the equivalent of a zoom lens and three fast primes that's also capable of recording 4K video? And what would you say if that camera was going to clock in at about half the cost of a top tier DSLR?
Well, step into the Light.
Light is the brainchild of a couple of entrepreneurs who have been around the proverbial block a time or two.
Dave Grannan is the former CEO of speech recognition startup Vlingo, creator of the original Siri and later an acquisition of Nuance. Rajiv Laroia is the former CTO of Flarion Technologies — the same Flarion Technologies responsible for creating LTE, later to be acquired by Qualcomm. Basically, it's a mobile technology dream team. Particularly when bolstered by a team and board full of industry experts and imaging powerhouses.
Oh, and they've raised nearly $35 million in funding to make Light a reality.
Ok, so 16 cameras in one is a lot, and that's a hefty chunk of change to build a few cameras with. So, how awesome is the Light, really? In short it's pretty awesome.
The magic of Light (http://www.light.co) is that 10 of those 16 cameras fire simultaneously at different fixed focal lengths when shooting, and an image is constructed computationally — a 52-megapixel image. The strength of the camera's functionality goes further than simply capturing detail at different focal lengths to build a great image — by taking a picture this way, the shooter can select their focal point after taking a picture.
That's right. Using crazy depth-mapping technology, Light lets you adjust your focus and depth of field AFTER a photo is taken, all the way to f/1.2.
If all of these prime lenses don't impress, Light also contains a 35-150mm true optical zoom lens. No digital pixelation or fuzziness here; this is an actual optical zoom lens in a portable device, and with an impressive range to boot.
And finally, all of those sensors answer the question all video folks ask about all cameras: low light performance is insane. But don't take our word for it. Check out the embedded videos for examples and the story of Light.
Light is available for pre-order for an introductory "launch month" price of $1,299 (with $199 down now), but expect that price to jump to $1,699 November 6th, 2015.