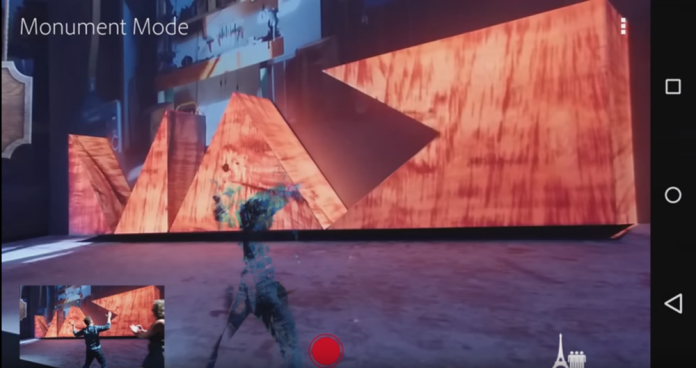 Did you ever shoot a photo while on vacation, only to find out later that unwanted people (“tourists”) had cluttered the scene and made that beautiful landscape, historical site or landmark look like junk? Back in the day when film was king, nothing was known until the pictures had come back from the drugstore. Today’s digital cameras haven’t changed any of that; they’ve only made it possible for you to see right away that your photo has been ruined. But all that could change, once Adobe’s Monument Mode camera app becomes available for smartphones.
The Monument Mode camera app is designed to remove people who are milling about from within the picture — in effect “airbrushing” them out. This not only eliminates hours of work for doing it manually, but returns those moments in time to what they’re supposed to be — pleasant memories.
As demonstrated by Adobe engineer Ashutosh Jagdish Sharma, the program employs a special algorithm in real-time which distinguishes moving objects (i.e., those pesky people) from static ones (i.e., that grand vista you decided to shoot). A “live preview” mode shows the scene as it’s being viewed, with the people in it fading away. Take the picture and you’ll find them gone. There is a caveat however: the camera must be completely stationary when taking the picture in order for this to work. That requires being placed on a tripod or some other method that ensures the camera does not move a whit during the exposure. And as it works on all people — those looking to use this to remove others from their “selfies” need not apply.
Monument Mode has the potential of becoming the “must have” camera app, but as it is still in development there is no time-frame for its release.