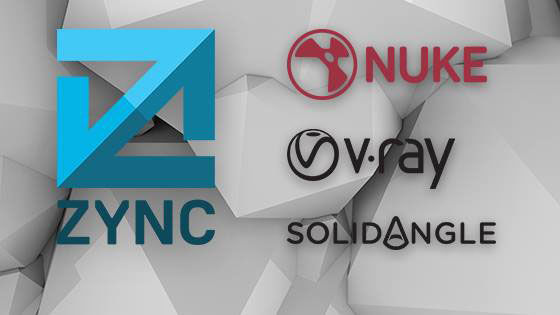 Zync rendering is now in public beta on the Google Cloud Platform. The cloud rendering provider was previously found on Amazon’s EC2 infrastructure but was acquired by Google last year and has been the go-to render solution on over a dozen feature films and hundreds of commercials — totaling over 10 million core hours completed. The design is such that it is well suited for both burst and long-running rendering jobs.
Zync was designed by VFX artists to provide an affordable and flexible rendering solution so that the artists could focus on creativity and not the infrastructure. The cloud based rendering creation came about due to the need to deal with project schedule fluctuations and the inability to accurately predict when a project will get to final. The rendering solution provides small creative teams with scalable computing, licensing, storage and data transfer all together with native plug-ins moving renders directly from within the supported host applications. In addition, web-based management tools allow for traditional render process control for all cloud-based assets so that real-time monitoring can be had.
Designed to work within the existing internet bandwidth, file input/output is managed so that only data that are required for rendering images are in play. This is done through provisioning storage and maintaining copies of rendered files and assets on the cloud.
http://youtu.be/Gu9ZOl1c6Qk
Zync provides for full Python API access and is currently available for use with Nuke, V-Ray and Arnold  with RenderMan support scheduled for later in the year. Supported plug-ins consist of GenArts Saphire. Billing is done on a per-minute basis with a 10-minute minimum. There are also across-the-board price cuts and new users can access up to $800 in render credits with credit being applied for registering as well as in place via Google’s new Render More promotional site.