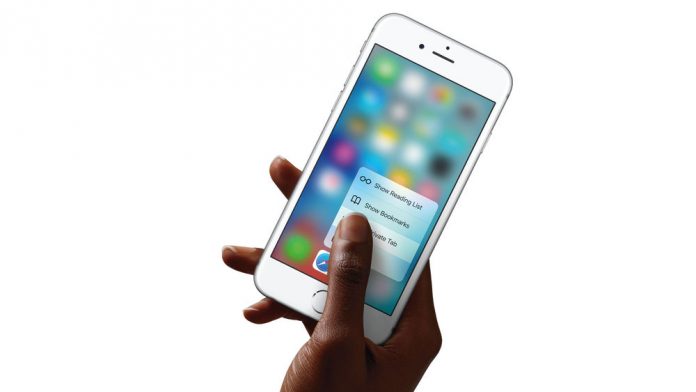 At the very outset of Apple’s Keynote Event at the Bill Graham Civic Auditorium in San Francisco, CEO Tim Cook promised “monster announcements” — and he didn’t disappoint. Over the next two hours, Apple announced the new iPhone 6s and 6s Plus, the new iPad Pro, the latest upgrades to the Apple Watch, and “the future of Television” with the updated Apple TV.
The iPhone 6s and 6s Plus announcement will doubtless capture the most headlines. Described by Cook as “the most advanced iPhone ever created”, the 6s will — for the first time ever on an iPhone — be capable of capturing 4K videos. The iPhone 6s will also include a 12-megapixel camera, a pressure-sensitive “3D Touch” screen technology, and a new feature called ‘Live Photos’ — which captures video and audio either side of that 12-megapixel photo. The new phones will be available beginning September 25th, with pre-orders accepted from September 12th.
http://youtu.be/cSTEB8cdQwo
The iPad Pro will sport the biggest ever iPad screen at 12.9 inches, the most advanced display with 5.6 million pixels and will now feature a four speaker audio system. The Apple Watch also includes a host of new features, including a GoPro app for the Apple Watch, which turns the watch into a viewfinder for the GoPro camera.
[image:blog_post:57937]
The changes to Apple TV are based on a simple premise, that “the future of TV is apps”. For the first time, third-party developers can make apps available for Apple TV via the App Store. Another new feature added to Apple TV is Siri, allowing the viewer to search through content using simple voice commands. Siri also enables the viewer to skip forward, scroll back and even ask “who’s in this?” – with an overlay of the actors starring in the show instantly appearing on screen.
And in case you’re not quite ready to start talking to your TV, Apple also unveiled a new touch-screen remote control.
http://youtu.be/oTpMRyh7egM
Finally, Apple announced September 16th as the eagerly-awaited release date for iOS 9.