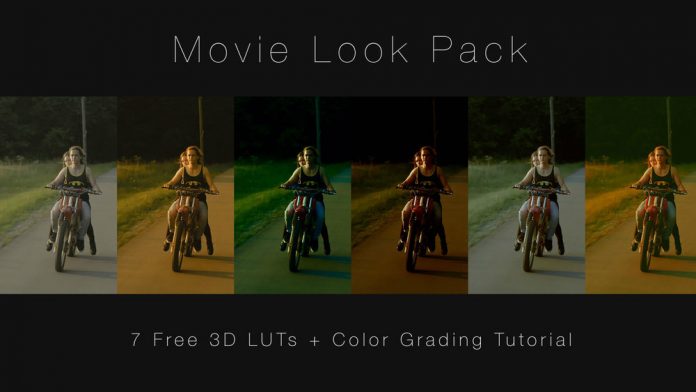 SmallHD is offering filmmakers seven custom created 3D LUTs, each having the ability to transform a digital video’s “look” so that it recreates that of a popular motion picture. Examples include "Saving Private Ryan," "The Matrix," "Apocalypse Now" and others. The basic process consists of applying one of these LUTs to test footage using DaVinci’s color grading software. The look can then be modified so that the test footage appears as desired when it is out of post-production.
Digital video has revolutionized filmmaking, but there are many who long for the “look” that only film can bring to an image. For them, Look Up Tables (LUTs) are the solution: these predefined profiles are able to alter the visual composition of a digital file to produce a desired look or result or emulate a specific film stock, from Kodak or Fuji, for example. LUTs can also be applied to the camera or field monitor so as to give a representation of a corrected image or an image with a specific gamma curve. But working with 3D LUTs isn’t a cakewalk — which is why SmallHD, makers of compact on-camera monitors, is going to lend a hand. And for free.
Besides making the 3D LUTs files available for immediate download as a small zip file, SmallHD is also publishing a series of explanatory video tutorials found along, with the seven 3D LUTs on their website. The LUTs are demonstrated in use with the freely distributed DaVinci Resolve color grading software, with the tutorials designed for those who have not yet mastered the process of color grading.
http://youtu.be/HKIoOigfrt4
Wes Phillips, CEO of SmallHD, sees the use of color grading as becoming critical to every filmmakers workflow. “We’re giving away this free pack of looks and color grading educational material to provide a fun entry point into the world of working with 3D LUTs,” he says.