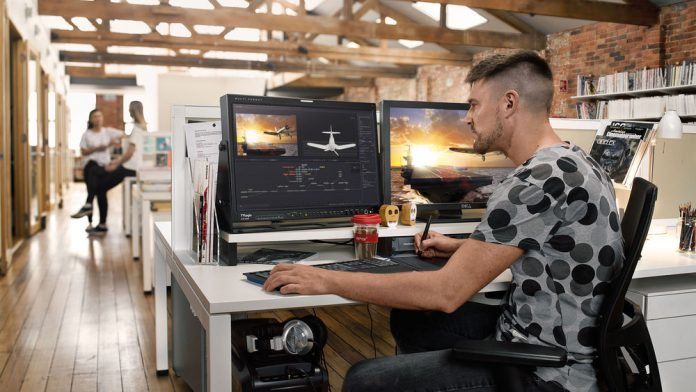 Fusion 8, the free version of the visual effects and motion graphics software, is now available to download from the Blackmagic Design website as a public beta. Previously a Windows-only product, this public beta marks the first time the Fusion software will also be available to Mac OS X users.
“Since we announced our plans to bring Fusion 8 to Mac OS X, we’ve had a massive response from the creative community,” said Blackmagic Design CEO, Grant Petty. “This is something that animators, designers and visual effects artists have wanted on the Mac for a very long time.”
Fusion’s availability on Mac OS X certainly opens the doors to a much wider market, and Blackmagic’s assurance that projects will be easily-moved between Windows and Mac is an added advantage.
Since Fusion 8 was first launched at the NAB Show in Las Vegas in April, Blackmagic’s engineers have been working closely with the visual effects community to improve the software’s user interface. This work will continue, and more improvements are expected as a result of the public beta.
Blackmagic Design will also shortly announce the details of a public beta for the commercially sold version, Fusion 8 Studio,  which includes all the same features as Fusion 8 as well as many more additional features and options.
[image:blog_post:57817]
For anyone unfamiliar with Fusion, the software uses a node-based interface to build complex visual effects compositions, and it has been one of Hollywood’s preferred visual effects and motion graphics tools for over 25 years. Fusion has been used on movie blockbusters such as Avatar, the Hunger Games trilogy, and Black Hawk Down; as well as on television shows like Battlestar Galactica, Lost and Game of Thrones.
The Fusion 8 public beta download is available here: www.blackmagicdesign.com/products/fusion