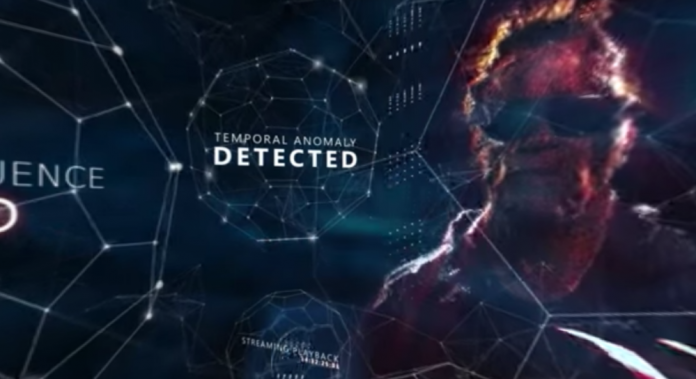 When Arnold Schwarzenegger uttered the now immortal line, “I’ll be back,” he had no idea that one day fans would see the Terminator in virtual reality. But "Terminator Genisys: The YouTube Chronicles in 360" isn’t part of the new movie "Terminator: Genisys" or something to see at a theme park, but instead is a YouTube/Paramount presentation that can be accessed on the Internet.
Utilizing Google’s do-it-yourself cardboard VR headset, anyone with a smartphone can access YouTube to watch a 3 minute film narrated by Schwarzenegger, in which YouTube star Lilly Singh is being chased through YouTube’s Los Angeles studio facility. The production features original footage that’s accompanied by all the sound and fury one would expect when a killing machine pursues humans. The VR experience, from the Terminator’s perspective, highlights how the all-encompassing view adds to the suspense and allows the filmmaker to create an immersive world that doesn’t rely on a single camera’s point of view — as the viewer can change his/her viewing perspective on the fly as the film proceeds, seeing into areas that otherwise wouldn’t be possible.
http://youtu.be/TFRwWpNFxWE
Specular Theory, the production company that also produced the Sundance selection virtual reality short, “Perspective,” created a specialized camera rig in order to record the 360-degree video. Filming was done at the same time as the web episodes being produced for the movie’s online campaign. Morris May, CEO, is bullish about YouTube’s role for VR. He sees YouTube's virtual reality support as offering filmmakers not just analytics, but also monetization options, due to the large distribution platform that YouTube provides.
YouTube added support for virtual reality to its app in June and so its use can be considered as just getting started. The attention that "Terminator Genisys: The YouTube Chronicles in 360" has brought to the viewing technology could be a game changer for how filmmakers use VR in the future.