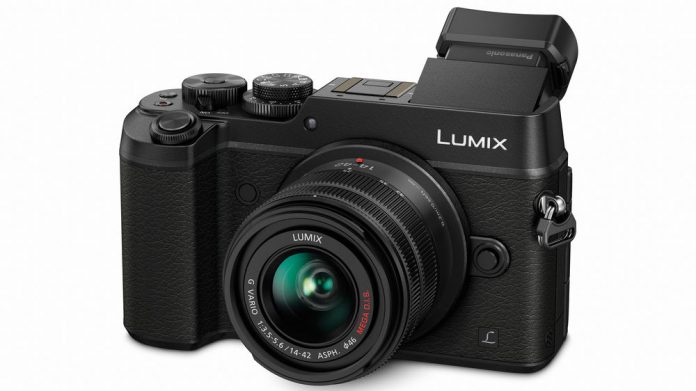 Panasonic this week announced some all-new cameras, including a new mirrorless flagship, the 4K capable LUMIX DMC-GX8 (GX8). The GX8 is their latest Digital Single Lens Mirrorless camera, or DSLM. Also announced is the DMC-FX300 4K zoom camera.
The DMC-GX8 is a step forward in Panasonic camera technology, with the addition of Dual I.S. (Image Stabilizer). The two image stabilizers are a Body I.S. and a Lens I.S., which are individually controllable, but work in harmony to stabilize shots regardless of whether shooting wide angle or telephoto. The correction angle maxes out at 3.5x (wide) or 1.5x (tele), which promises some clear and stable handheld shots in low light.
The GX8 features a new 20.3 megapixel Digital Live MOS Sensor and The Venus Engine quad-core image processor. The duo work together to reduce noise dramatically, all the way up to a max ISO of 25,600.
For us video enthusiasts, the GX8 doesn’t disappoint, delivering 4K video at 3840×2160 at either 30p or 24p. The video footage is captured to versatile MP4 files.
Along the lines of the video capture, the GX8 allows photo capture at 30fps in 8MP equivalent resolution to be saved as a 4K photo.
The new LUMIX has a large tilting LVF featuring the highest magnification ever from a LUMIX viewfinder. The camera also features a free-angle 3-inch, 1,040K dot rear monitor.
Focus in fast action and low light is handled ably by the Contrast AF System featuring DFD (Depth From Defocus), which exchanges the digital signal between the camera and lens at a maximum of 240fps, which ensures fast and accurate focus.[image:blog_post:57325]
To wrap up the GX8, there are a few other features:
Panasonic’s second camera announcement was for the LUMIX DMC-FZ300, the worthy successor to the FZ200, a wonderfully capable camera featuring f/2.8 aperture through it’s entire long zoom range.
Building on the success and capabilities of that camera, the FZ300 adds 4K ultra high definition shooting for both video recording and the same 4K Photo feature included with the GX8.
The FZ300 maintains the optical wizardry found in the FZ200 by including f/2.8 aperture from 24mm ultra wide right through 600mm, meaning beautiful, high shutter speed shooting at a great distance.
The excellent zoom range is bolstered by the tech in the FZ300, which includes a 12.1 megapixel High Sensitivity MOS sensor and the new Venue Engine image processor. High sensitivity isn’t just a figure of speech, either, with the FZ300 enjoying recording up to ISO 6400.[image:blog_post:57324]
Here are the features rounding out the FZ300:
The FZ300 will be available mid-October in black for $599.99 at panasonic.com and valued