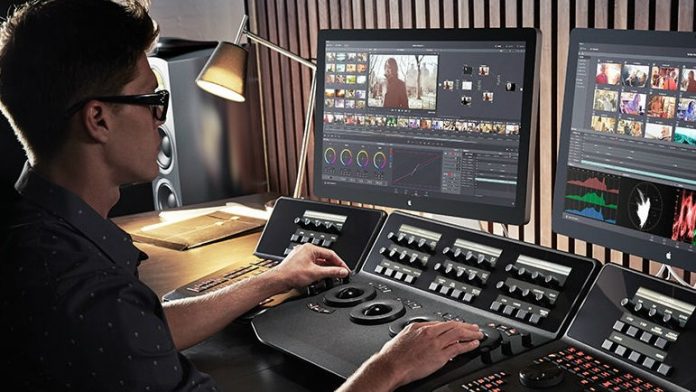 Those longing for the features of Blackmagic Design’s (nearly) $1000.00 DaVinci Resolve 12 Studio take heart — the Resolve 12 version is now available as a free public beta. Compatible with Mac and PC, this is a professional editing system for projects in standard-, high- and ultra HD-definition and its enhanced color correction and finishing capabilities was first described at the NAB show earlier this year.

Today Blackmagic has revealed a host of new features not previously noted: for example, a Smooth Cut transition for creating seamless cuts in interviews using proprietary optical flow algorithms. Core editing tools have been enhanced, such as all trim modes, multi-slip, slide and ripple and role, with the ability to select multiple points on clips for dynamic trimming and asymmetric trimming (even if on the same track). Custom curves can be created/edited for transition parameters. Large multi-scene projects can now be edited with nested timelines, edited together and expanded/collapsed in place. Besides multi-camera editing (allowing editors to cut programs in real time from multiple sources) and the ability to sync clips using timecode or sound, new on-screen controls have been added for viewing and adjusting motion paths directly into the timeline viewer.

Updates to core grading and color correction tools include an easier to use curves interface, an automatic color analysis and matching between two or more clips and an accurate 3D perspective tracker. A new 3D keyer provides improved matt finesse options. There are also custom smart filters and new tools to ripple grades across multiple clips and flatten pre- and post-group grades into a clip’s individual grade. On the side of audio, an entirely new high performance audio engine has been engineered to improve upon real time audio playback performance and to offer higher sampling rates.

The Resolve 12 beta can be downloaded here for free.