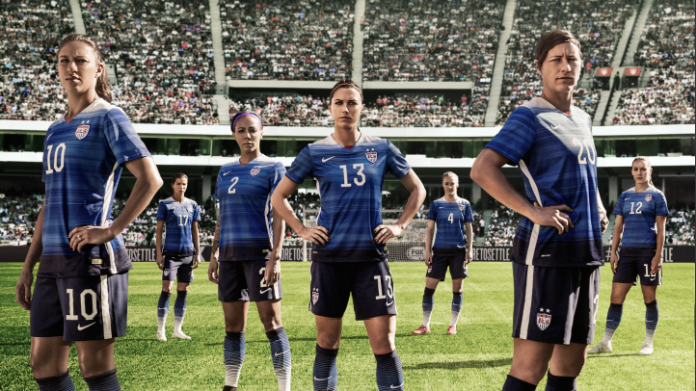 Entering the Fox Studio Lot in West Los Angeles, I ponder on what is going to make my viewing the U.S. Women's Soccer team's match against Australia out of the ordinary — besides the fact that its the FIFA Women's World Cup Soccer Tournament in Canada and that, instead of at a stadium, I'll be seated in air conditioned comfort in the Zanuck theater watching on a 20 foot movie screen. As the national anthems complete and the teams take to the field, I see past them to the stands and notice that the crowds in the background are sharp. Incredibly sharp. As are the images of the team members, whose every seam in their uniforms seem tack sharp to my eye. Considering that the picture is being streamed live, and that the sound is being directed at me from all angles (22:2 channels), the more I look the more amazed I’m becoming. Because 8K Super Hi-Vision is no hype.

Founded as Japan’s national radio company 90 years ago, public broadcaster NHK is providing the image — one that is 16 X that of HD and transmitted @ 280Mbps via H.265 compression — which makes watching seem more like a step away from the reality of being in the stands than any image on a screen I’ve ever seen before. This is thanks to the 8K image being complemented by a high frame rate of 60 frames a second — pretty much a requirement if sports are going to be the subject. “We’re confident our guests will be suitably impressed as they experience soccer in ways they’ve never imagined,” points out NHK 8K SHV Technical Production Department Senior Manager Tsuyoshi Hinata. Echoing that sentiment is FOX Sports’ Head of Business Operations, David Nathanson. “8K images have incredible clarity, and for those watching these matches it will be the next best thing to being at the games in-person,” he says. I'm right there and have to agree — the view is impressive but, even more to the point, makes one feel like you could reach out and touch the players, because there’s that much clarity in the image.

NHK plans to continue their testing of the format by shooting and broadcasting some of the Rio Olympics in Super Hi-Vision, with experimentation to take place shooting and recording events such as MLB and the Super Bowl as well. If all goes according to plan, Super Hi-Vision will be ready for prime time when the Tokyo Olympics roll around in 2020.

As to consumer-accessible 8K TVs, they could be showing up in Japan in 2016-17. But with an anticipated price tag expected to be over $20,000+, I'll have to make do, at least for the time being, with events such as this one for getting my fix of 8K Super Hi-Vision.