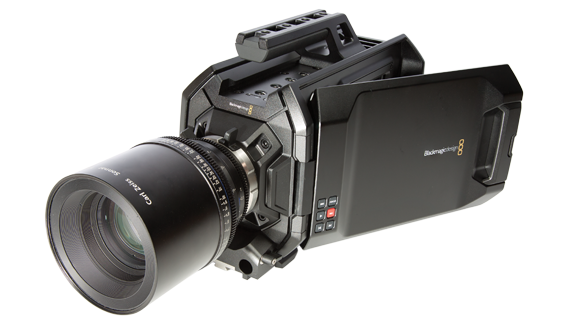 Last April at NAB, Blackmagic Design announced their new user-swappable 4.6K sensor. Now, we finally have a chance to see what it can do with newly released footage from the Blackmagic Design shot on the original URSA equipped with a 4.6K sensor. From this early footage, which, by the way, looks pretty amazing it looks like they’ve made some improvements, including solving the “black hole sun” issue that plagued our reviewer of the original camera and sensor.
I’ll let the footage speak for itself:
The Blackmagic shooter responsible for the footage adds some context to what we see:
“This was also just me shooting solo with the URSA like previously and is “home movie” type stuff intended to be a quick first look. In fact, last time with my URSA beta video I had Danelle helping me to carry some gear but this time it was just me shooting some friends and around the city – definitely no crew or anything like that.” From our experience with the weight of the URSA, we know this kind of solo shooting is something of a feat, making the quality of the footage that much more impressive.
He goes on to say, “For the kitchen shots and the drumming I set up some lights, everything else is 100% natural light, not even bounce. Grading on this video is purposely VERY simple. It’s really just a quick setting of white balance, then contrast and saturation. I didn’t tweak individual colours or even shift colours with Lift/Gamma/Gain because I wanted to show the great natural colour “out of the box”.”
All of the 4.6K versions of both the URSA and the URSA Mini are currently available for pre-order through B&H. Shipping is expected to begin later this year.
We’re impressed, but what do you think? Current or aspiring URSA owners, will you be moving on up to 4.6K shooting?