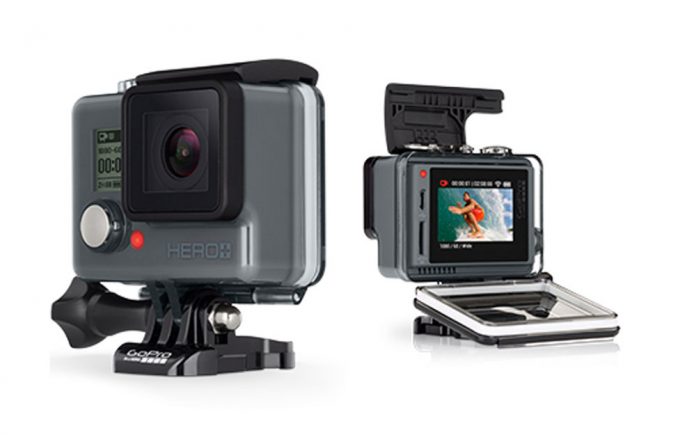 GoPro today announced that an all-new camera model, the HERO+ LCD, will release in Canada and the US on June 7, 2015. The HERO+ LCD delivers 1080p60 video and 8MP photos, and, like the HERO4 Silver, features a touchscreen display.

The LCD is a welcome addition, making shot framing and menu navigation a breeze. The new camera also boasts built-in Wi-Fi and Bluetooth® for connection to the GoPro App. The app allows shot preview, total camera control and content sharing to Instagram, Facebook, Twitter and more from your phone or tablet.

The HERO+ LCD, once encapsulated in it's clear casing, is waterproof to 131’ (40m), and features QuikCapture, a feature which allows the camera to power up and record at the press of a single button. It can also capture video at 1080p and 720p at 60 frames per second. Standard GoPro fare such as SuperView and Auto Low Light round out the feature set.
The HERO+ LCD can also shoot time lapse video, with intervals between 0.5 and 60 seconds possible. A still shooting burst mode allows the HERO+ LCD to shoot 5 photos per second.
The HERO+ LCD will be available in the US and Canada on June 7, 2015 for $299.99 USD.
Advertisement