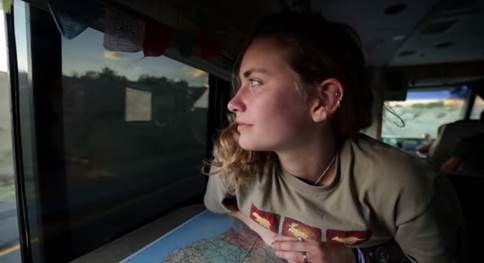 The issue, as they put it, is that "America's schools are in crisis, and the only people who can give our kids the education they deserve are underappreciated and underpaid."

This expanded outreach and emphasis on digital video is realized in their new digital short, #TEACHNow. A PSA by producer Lesley Chilcott (An Inconvenient Truth), #TEACHNow looks to to encourage and inspire a new generation of youths to answer the call to teach professionally. And the timing couldn't be better. #TEACHNow is landing at a time when commencements are taking place across America and new grads are ready to flood the job market.

Digital video is playing a major role in Participant's TEACH campaign, also including a one hour documentary called The Road to TEACH. The documentary, produced in partnership with Roadtrip Nation, follows some inspiring youths traversing the U.S. while considering a life in teaching. The three roadtrippers featured had the opportunity to interview people such as Arne Duncan, U.S. Secretary of Education; Kelly Meyer, creator of the American Heart Association's Teaching Gardens; and, Charles Best, founder of DonorsChoose. One of these roadtrippers, Grace, even decided to become a teacher. Here is her story: