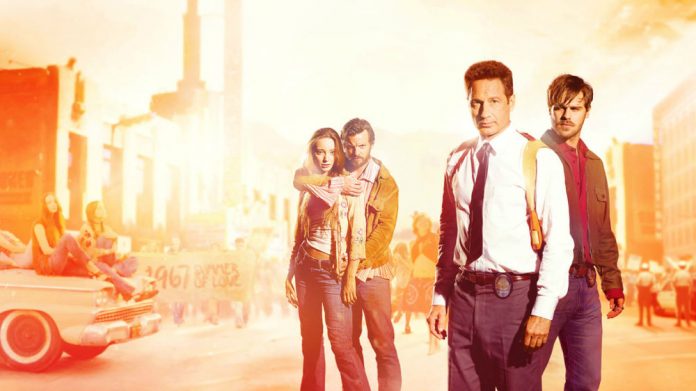 Broadcast networks are often the last to the party, but not if NBC has anything to say about it. The broadcast network is looking to increase the audience for their new summer series, “Aquarius,” by eschewing the standard practice of releasing a new episode week after week and instead allowing viewers to “binge” on the entire season after its two-hour premiere episode on May 28th. This type of scheduling release is a first for any broadcast network. The series is set in Los Angeles and stars David Duchovny (formerly of X-Files) who plays a homicide detective in the two years prior to the Charles Manson murders.

The series will be found on NBC.com, the NBC app and VOD but will continue to be released weekly Thursday nights at 9 PM on the broadcast network as per regular procedure. However after four weeks, all programming will be pulled off the Internet and VOD while the weekly schedule will continue on broadcast. Additionally, only a select group of advertising partners will be permitted, so that their appearances on the broadcast episodes will mirror those of VOD (video-on-demand). This will result in a limited interruption of the episode for commercial breaks on all platforms, and is seen as providing both viewers and advertisers with an unusual experience.

NBC sees this scheduling approach as one that will offer their broadcast audience something that they have never been offered before. As an added incentive, the episodes airing on the broadcast network will be different from those being offered all-at-once, with those watched weekly being more “broadcast friendly” than the others. According to NBC entertainment chairman Bob Greenblatt, the network is aware that their audience wants to consume multiple episodes of new television series in faster way and at their own discretion and that launching Aquarius in this fashion represents a new, forward-thinking way for doing just that.