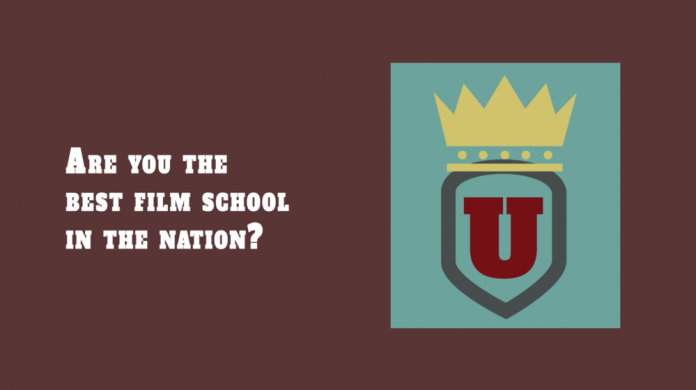 Fusion Media and The Audience Awards have joined forces to bring the “Film School Face Off” competition to student filmmakers across America. The goal of the project is to help those students generate global exposure, land distribution deals and gain some cash for projects.

The competition is open to filmmakers fresh out of college, still in their collegiate career or recent grads (within the last five years). The young Spielbergs and Abrams’ are invited to encourage fellow student filmmakers to represent their school and compete in the Film School Face Off.

The competition is structured not unlike NCAA’s March Madness basketball tourney. It’s a single elimination style bracket competition. To fill a bracket and be eligible to compete, 10 students from each competing school must submit their short films, each of which must be 20 minutes or less in length. Genre is wide open. The first-come-first-serve competition is open to the first eight schools to submit entries. Film School Face off begins September 22, 2015.
http://youtu.be/HO53kazfSZk
The winner will be determined by counting votes on October 28th, 2015. The winning filmmakers will also be recognized in the competition. The first place film with the most audience awarded votes will receive $2,500, second place $1,000 and third place $500. $100 will also be awarded to each 10 students from the winning school for a combined total of $5,000 in prizes.

“The best part about participating in The Audience Awards is that we got the chance to share the stage with phenomenal films and give a wider audience the opportunity to see our work,” said award-winning filmmaker, Amanda Harrymanm.

Film School Face Off begins September 22, with submissions ending one week prior. Brackets are reserved at a first come first serve basis, so students are encouraged to organize their film schools quickly in order to secure their spot. More details about the competition can be found at http://theaudienceawards.com/filmschoolfaceoff.