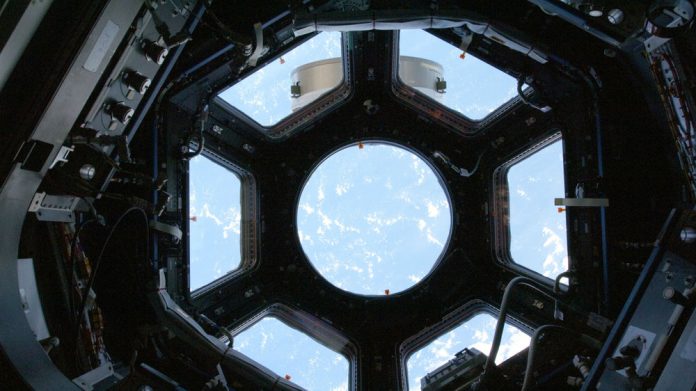 April 14, 2015 saw a SpaceX 6 rocket take off for the International Space Station (ISS) with a projection screen as part of the payload. Because a 60” flat panel would cost thousands to transport when compared to that of a rolled up screen, Screen Innovations was asked by The National Aeronautics and Space Administration (NASA) to develop a flexible 60” screen with an exacting set of specifications. The screen had to be able to be quickly set up in zero gravity and remain flat. It also had to be of a high contrast, resistant to stains and reject ambient light because there’s no “off” light switch on the ISS.

SI undertook the challenge and, over an eight month period, devised a screen that was not just compact but truly portable: able to be rolled inside of a standard mailing tube for blueprints (approx. 3’ long with a diameter of 2 1/2”). The material chosen was that of a new product called Slate which could be rolled up tighter than a conventional screen deployed and stretched out without incident. For the setup, a bungee-like system enables the screen to be deployed in any area of the ISS modules, with a retraction method that enables the screen to be returned back into a tube for storage and transport.

The benefits of a life-sized screen will enable the astronauts and cosmonauts to not only experience life-sized communications with loved ones back home, but also view such work as training and simulated operation of the ISS’s robotic arm on a large screen. That’s because until SI came along, 13” laptop screens were all that were available. So yes, it can be said that SI’s outer space projection screen is huge!