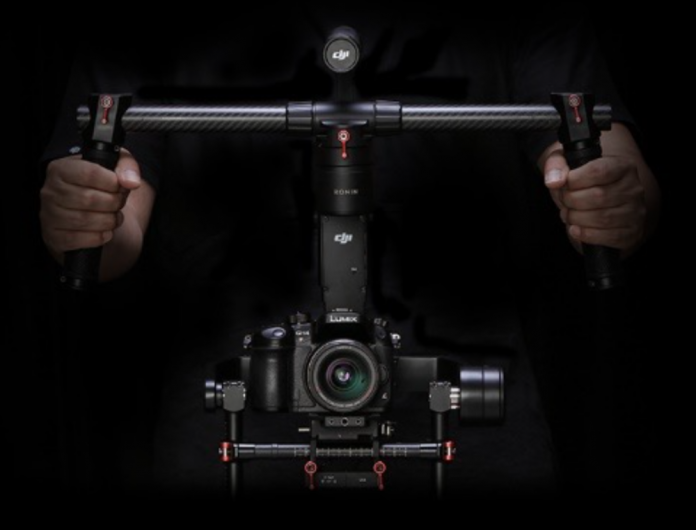 For NAB 2015 DJI announced the Ronin M, a new, lightweight addition to their gimbal lineup. We've just gotten word on official pricing on the capable 3-axis stabilizer. Shipping in the next couple of weeks at just $1,399 USD, the Ronin M is an impressive, powerful and portable solution for handheld shooting. It's also one of the most affordable 3-axis gimbal stabilizers, clocking in at about $600 less than DJI suggested the M might be priced at.

For those who missed DJI's announcement, here is the scoop on it:

From Paul Pan, Product Manager of the DJI Ronin: “The Ronin-M features many of the same key features that have made the DJI Ronin a favourite among filmmaking professionals. At the same time, we have looked at many performance upgrades so that the Ronin-M can be as mobile as possible and used virtually anywhere.”

According to DJI: "To precisely angle shots no matter how the operator moves, the DJI Ronin-M also features a two-operator mode allowing for a second operator to control camera movements while the first handles the DJI Ronin-M.

The DJI Ronin M connects via BlueTooth to the latest upgrade of the DJI Assistant app. By using the upgraded Auto Tune Stability (ATS) feature in the app, operators can enable precise, automated motor tuning. The recently-introduced Silent Mode in the app reduces motor noises for operating in quiet environments."

Additional Features of the Ronin M:

DJI also released a promotional short film called Lifted that was shot with the Ronin M in a period of less than 7 hours. Here's the film and the BTS video: